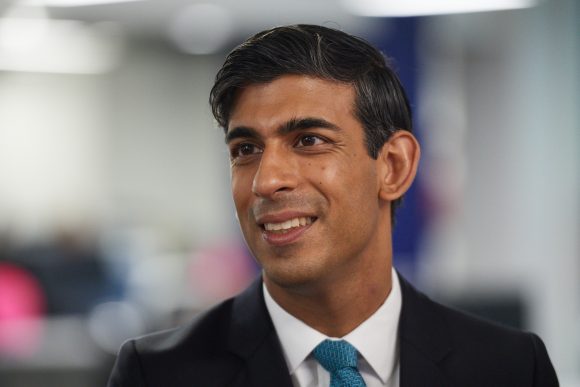 Oct 25: Sunak to prioritise NHS and transport in Budget; Get your booster says health chief; Insulate Britain to restart protests

The NHS and transport upgrades look set to be the big winners in announcements made by Rishi Sunak ahead of his second Budget of the year on Wednesday.

On Sunday night, it was revealed that Sunak is expected to set out investment in the NHS, including committing £6bn to help the NHS clear its backlog and digitising the health service for the future.

More than £30bn of spending has already been committed across numerous announcements from the Treasury over the weekend, the largest of which being £7bn for transport infrastructure outside of London. Sunak told Times Radio £4.2bn of the £7bn spread over five years had already been allocated, but the pot had been topped up by an extra £1.5bn.

A senior health chief has urged people to get their Covid-19 booster jab as the NHS sends out a further two million invites this week.

NHS medical director Professor Stephen Powis said infection rates are rising, while the government again ruled out a move to its coronavirus Plan B despite calls to bring in measures to curb the spread of the virus.

NHS England said more than five million people have already been given the additional jab since the vaccination programme began administering them last month.

The West of England’s metro mayor is urging people to start wearing masks again in public places after a spike in Covid cases across the south west.

Dan Norris is sending a poster urging people to wear masks to thousands of public-facing businesses. He will also take out pro-mask adverts in local papers and has written to health secretary Sajid Javid asking for extra funding for the West of England.

The south west of England has seen a huge spike in cases, with some of the blame being laid on errors at a lab in Wolverhampton which told many people who had the virus that they were Covid-free.

Councils should be able to use exclusion orders to keep anti-vaxxers from protesting outside schools, Sir Keir Starmer has said.

The Labour leader said it was ‘sickening’ that those against vaccinations were demonstrating at the school gates.

The Association of School and College Leaders (ASCL) revealed earlier this month that most of the schools surveyed by the union (79 per cent) had been targeted by anti-vaccination campaigners. This had mainly been through emails threatening legal action, but the ASCL said in some cases staff had been threatened with physical harm and in some cases protesters have gained access to school sites.

The Liberal Democrats have accused the government of creating a ‘tax bombshell’ for small and medium-sized businesses by raising national insurance.

Research commissioned by the party said businesses with fewer than 250 employees would pay an extra £2.4bn a year due to the 1.25 per cent rise in national insurance (NI) announced by Boris Johnson in September to cover the cost of social care.

Research from the House of Commons showed areas such as Birmingham, Glasgow, Leeds and areas of London were set to pay tens of millions extra. Cornwall, Buckinghamshire and Northamptonshire are the areas outside of cities where small businesses will pay the most, it shows.

Climate group Insulate Britain has pledged to restart its road-blocking protests despite the risk of its members being jailed or fined.

The organisation, which has caused misery for drivers with protesters sitting on the M25 motorway and other major roads, has said the pause to its ‘campaign of civil resistance’ runs out on October 25.

A spokesman, who would not give details of what further action would be taken on Monday, said ‘there are things happening’ that would target morning rush-hour traffic.

A mostly dry day with sunny spells is on the cards for much of the UK, reports BBC Weather, although the north-west and south will see scattered showers this afternoon.

Tonight, a mainly dry and clear night for most parts of the UK with earlier rain subsiding. It’ll be wet in Northern Ireland and west Scotland, however, with strengthening winds.