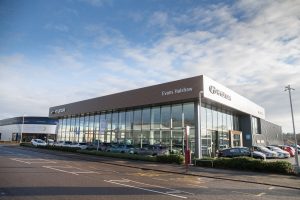 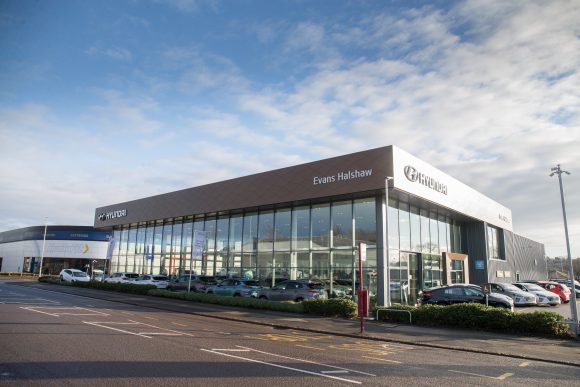 The listed dealer group published its first quarter trading update on the London Stock Exchange this morning (Apr 27), which revealed a robust set of underlying and like-for-like results.

Like-for-like operating costs and interest, meanwhile, was up 22.1 per cent.

Pendragon’s motor division – which was previously reported as the Franchised UK Motor and Car Store divisions – reported an £8.2m increase in operating profit, up from £12.2m in Q1 21 to £20.4m in Q1 22.

This figure was driven by a gross profit per unit of £2,456, which was £975 higher than Q1 2021, and which ‘more than offset volume shortfalls’ resulting in new gross profit up 35.4 per cent like-for-like.

Used car sales were down 6.7 per cent as ‘supply constraints from lower new car production since 2020 impacted on availability’.

Profit-per-unit for used cars stood at £1,767 – up on the same period last year, which recorded a £1,095 figure, but Pendragon did remark that used values were softening.

Pinewood, Pendragon’s software business, delivered an operating profit of £2.8m (Q1 FY21: £3.4m) for the period, which was ‘in line with expectations’.

Increased costs were to blame for the reduction of operating profit, Pendragon said, together ‘with a return to a more normal level of international travel’.

Pendragon PLC’s operating and interest costs increased by £12.8m (14.8 per cent) for Q1 2022, driven, it said, by the ‘non-repeat of government support received in Q1 21’, along with the previous impact of ‘inflationary labour cost pressures, higher utility costs and investment into higher levels of marketing, partially offset by the impact of savings from store closures’.

Looking ahead to the rest of the year, Pendragon said that while it remains cautious of further disruption from ‘macroeconomic uncertainty’, inflationary pressures and the effects of the conflict in Ukraine, it expects to deliver its expected underlying profitability before tax.

Pendragon CEO Bill Berman said: ‘The positive momentum in the business has continued into the first quarter of this year and I am very pleased with how we have performed.

‘The benefits of the work we have done in the past two years to improve our operations, from vehicle sourcing through to online and in store sales practices is evident in our strong trading performance and we have seen good contributions from all parts of the group.

‘While we are mindful of the pressures facing our market and our customers, we are confident in our strategy and focused on continuing to deliver profitable growth over the medium term.’

Independent financial experts Zeus Capital said that despite Pendragon’s strong performance, it would not be revising its full-year expectations for the business, citing headwinds of consumer confidence and the rising cost of living.

It added that it also believes Pendragon to be ‘undervalued’.

Commenting on Pendragon’s life-for-like operating profit up 39.5 per cent and used car margins up by 61 per cent, industry analyst Mike Jones said in a LinkedIn post: ‘I expect this picture to be replicated across motor retailers, with the profit overachievement compared to 2021 starting to reverse in Q2 as the market has undoubtedly softened.

‘Q2 was also when we started seeing the exceptional profit performance in 2021, giving us harder comparative targets.’

It finished the year with a record profit before tax of £83m.

The results were published at the same time it reportedly threw out a £400m bid from shareholder Hedin Group to take over the business.