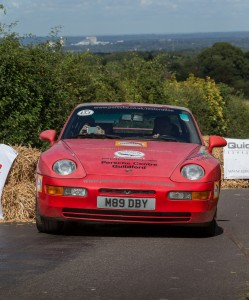 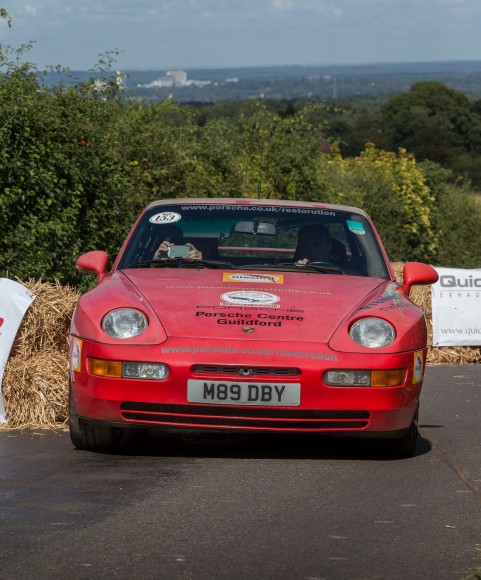 PORSCHE Centre Guildford and bodywork specialists Premier Panel Skills are teaming up to pay tribute to an inspirational petrolhead by restoring his Porsche 968 Club Sport.

It comes a decade after an encounter between the late Derrick ‘Del’ Brocklehurst with the Porsche Centre Guildford (PCG) allowed him to achieve his motoring dream.

A local Porsche enthusiast, Del was diagnosed with terminal cancer in 2004, but he was determined that it wouldn’t stop him achieving his dream of driving his 968 around the classic racing circuits of Spa-Francorchamps and the Nurburgring Nordschleife.

However, when he set off in September 2004, Del’s clutch broke barely 500 metres after leaving home. He called PCG (then AFN Guildford) to solve the issue. After diagnosing the problem, PCG’s mechanics worked after-hours to fix the clutch. Derrick completed his 1,300-mile journey, and passed away in 2005.

Years later Ian Wallis, director of Premier Panel Skills – PCG’s bodywork partner – who had prepared the 968’s bodywork and fitted the roll cage had a chance encounter with a relative of Del’s. Ian decided to discover how the Porsche had fared in the intervening years and, having traced the car, bought it immediately, believing it perfect for the Porsche GB Classic Restoration Project. In 2016, the event will celebrate the 40th anniversary of Porsche’s first front-engined car, making the 968 a fitting candidate.

Wallis said: ‘Derrick demonstrated real determination, overcoming so many difficulties to achieve his ambition of driving his Porsche at his favourite racing circuits. As a tribute to him and the car, (we) will be working in our spare time and going the extra mile to restore this car to its former glory.’

The car is now undergoing restoration after making its final appearance in current form at the Shere Hill Climb in September.

On SuperUnleaded.com: Golf GTI Overtaken By Its Own Wheel At Nurburgring