Home > News > Rebecca Chaplin: Is the brand that once led the way in EVs starting to fall behind? 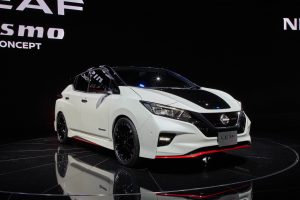 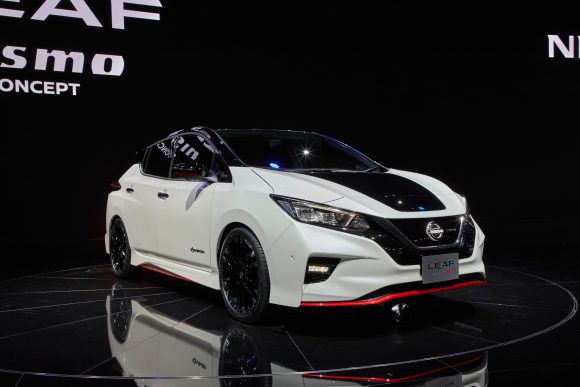 Rebecca Chaplin: Is the brand that once led the way in EVs starting to fall behind?

First appearing in Car Dealer Magazine Issue 116, editor Rebecca Chaplin pleads with Nissan to switch up its EV designs to something more inspiring – but could its news from the Tokyo Motor Show change things?

NISSAN is at the forefront of electric car technology because it’s been working on these products for around a decade – at least that’s what we hear.

The manufacturer has more customer data than any other when it comes to electric cars, and I can believe it, since they started out by selling the Nissan Leaf to a group of early EV adopters as far back as 2010. Speaking with the MD of Nissan UK, Alex Smith, recently, he told me that Leaf owners had been emailing him personally to ask when they can get their hands on the new one – and that’s before they’d even seen it.

As you’ll have seen, I went to Nissan’s latest Futures event in October. And while there were plenty of new innovations to discuss, what really struck me was that the revolution they speak of seems to be passing them by.

It’s unusual to get something right first time. I mean it does happen, but not very often. However, I think even the designer would argue that the original Leaf was a good effort but had its faults. For that reason, I find it hard to believe that Nissan really thinks this is the best line of fire.

But, it has persisted. The Leaf was given a very subtle update and slightly better batteries a few years back. Now it’s a had a redesign but it’s managed to remain largely undesirable compared to competitors.

This is the brand that’s designed the Juke, Qashqai and the new Micra, cars that turn heads – but the Leaf has remained utilitarian and bland. I will happily bow to Nissan’s better judgment, after all I’m just a journalist with an opinion, but when you compare it to other electric cars on the market, it’s just not that appealing.

I’ve been rambling on for ages about the fact that electric cars need to forget the quirks and focus on being desirable everyday cars, and maybe this is a step in the right direction. The Hyundai Ioniq though, available in hybrid and all-electric form, is a car that is good-looking but might not even stand out as an EV to the untrained eye.

In my view, Nissan seems stuck in a bubble. While most manufacturers have announced they’re set to give every model in their ranges some form of electrification, a brand that was so far ahead of the curve seems to be falling behind.  The Renault-Nissan-Mitsubishi Alliance has announced that it’ll be introducing 12 new dedicated EV models by 2022. Other manufacturers have quickly jumped on the bandwagon and produced some exciting new electric, hybrid and hydrogen vehicles, but Nissan haven’t caused as much of a stir.

Nissan has one plug-in car and one van – all of its other vehicles are either petrol or diesel. That’s not particularly forward-thinking in today’s car market. If you were to look at most other car makers, there’s a range of different powertrain options these days.

It’s true, when everyone said Nissan was mad to produce an electric vehicle they did it anyway. I’d bet money that they do have some overarching wisdom, that they are doing things in their own time and they’re doing it right. What are the chances that, as soon as we’ve sent this magazine to print, Nissan announces an electric city car, a plug-in hybrid SUV and a hybrid supercar?

Let’s face it, the Nissan line-up is desperate for some electric-motored additions. I’ll get some abuse online for this, but surely the next step for the GT-R is a bit of electric power.

We’ll wait with bated breath, but if they don’t get a move on, will their crown as the first to make electric cars a viable product slip? If they don’t make an EV that’s a bit more exciting, how soon will it be before they slip to the back of car buyers’ minds?

Yes, I haven’t forgotten about the Leaf Nismo. All this time we’ve been waiting for a new Nismo, and we get a Leaf. I’ve got my fingers crossed that it’ll be fantastic but in the meantime I’ll plead again: Please, Nissan, make some exciting EVs and show the rest of the industry how it’s done.

MORE: Nissan to introduce an electric crossover in the next three years