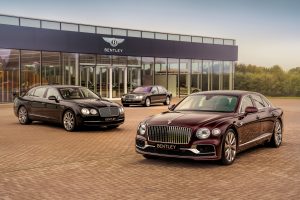 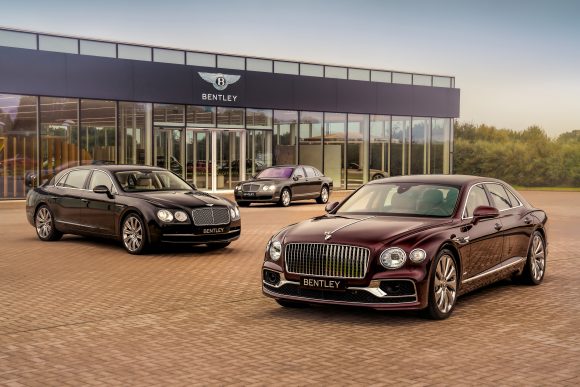 Bentley has finished handcrafting the 40,000th Flying Spur making it, the company claims, the world’s most successful luxury sports sedan.

Now represented by an all-new third generation, Bentley says ‘the only thing that remains since the original launch in 2005 is its global popularity’. Even the name has changed – from Continental Flying Spur, to Flying Spur.

Each one of the 40,000 cars spent more than 100 hours on a dedicated production line where a 250-strong team assembled them by hand.

Those unable to get a bank account risk being left behind after the Covid-19 pandemic accelerated the ongoing trend towards electronic payments, experts have said.

Cash usage tapered off rapidly in the early months of lockdown, and as measures begin to lift, there is evidence some of the change is here to stay.

PayPoint chief executive Nick Wiles told the PA news agency cash use will likely be considerably lower after Covid-19, however he stressed that any prediction is open to a lot of uncertainty.

Hot-desking office spaces ‘do not make sense’ in a coronavirus working environment, a leading hygiene and cleaning firm has warned.

Cleaning experts Inivos said hot-desks in offices ‘ruin’ the ability for employers to track the spread of the virus.

It comes after calls from the government for employers to encourage their staff back into city centre offices, despite the continued presence of Covid-19.

Aiden will be the first storm to blow in across the UK and Ireland this winter, according to the new list of names for this year’s strongest weather systems.

Bella, Gavin, Julia, Minnie, Oscar, Ravi, Saidhbhin and Wilson are among the storm names for 2020-21 announced by the Met Office.

Now heading into its sixth year, the Name our Storms collaboration aims to raise awareness of the potential impact of severe weather before it arrives.

Pub operator JD Wetherspoon is launching its own reduced prices scheme after the end of the Government’s Eat Out to Help Out initiative.

The move will see prices on a range of meals and drinks reduced from Monday to Wednesday until November 11.

The cheaper prices will start today, following the end of the government’s drive to encourage people to eat out by subsidising meals during August.

A kitten that was abandoned on the side of a road has been adopted after it spent a weekend hidden in the engine of a police car.

Washington State Patrol officer Chris Thorson found a box of kittens abandoned on a road in Pasco and one crawled under the car and into the engine bay.

The kitten survived there for the rest of the officer’s shift before he parked at his home – where he found it a day later when he opened the bonnet. A social media appeal led to it being adopted just 30 minutes after the post was shared.

Scotland’s economic growth is forecast to contract by 9.1 per cent in 2020, according to the latest predictions.

The ongoing coronavirus pandemic has seen KPMG revise its Gross Value Added (GVA) forecast for Scotland from a 6.8 per cent drop to a fall of 9.1 per cent.

For the whole of the UK, the accountancy firm is forecasting GDP decline of 10.3 per cent for 2020, downgraded from 7.2 per cent predicted in June. However, both are expected to see a recovery in 2021.

Millions of motorists at risk of driving illegally

Millions of motorists in the UK could be at risk of driving illegally this autumn according to new data.

With the end of the MOT extension policy on August 1, millions of motorists will look to get their vehicles tested as their MOTs begin to expire over the coming three months. Effectively doubling the number of tests required in September, October and November.

As a result of increased demand, Kwik Fit predicts that the average garage across the UK will be booked up and won’t be able to cater for these last-minute tests.

GCSE and A-level exams could be delayed next year

Next year’s GCSE and A-level exams could be pushed back to give pupils more time to study the syllabus, the Education Secretary has said.

Gavin Williamson said England’s exams regulator, Ofqual, was working with the education sector to decide whether there should be a ‘short delay’ to the exam timetable in 2021.

Exam season usually begins in May, but the paper said sources suggested they could be pushed back to June and July – but they would not cut into the summer holidays.

Dry and bright for most

The BBC says it will be largely fine and dry for most today with sunny spells and gentle winds, but scattered showers or spells of rain could be seen in the far north-west.

Tonight will be mostly dry and settled with clear spells, but those showers may persist for a time in the far north and north-west.

Tomorrow will see heavy rain and brisk winds spread eastwards across much of the UK, although the south-east will be largely dry.