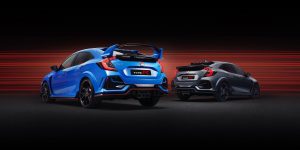 Coronavirus must be taken very seriously again or the UK will face ‘a bumpy ride over the next few months’, deputy chief medical officer Professor Jonathan Van-Tam has warned.

He said that the public had ‘relaxed too much’ over the summer and described the rising number of cases as of ‘great concern’.

There were a further 2,948 confirmed cases of coronavirus in the UK as of 9am on Monday. Van-Tam’s warning comes as Caerphilly in south Wales prepares for a local lockdown to begin tonight.

The latest BRC-KMPG retail sales monitor revealed that total UK retail sales increased by 4.7 per cent on a like-for-like basis compared with the same month a year earlier.

Clothing, footwear and beauty retailers have particularly ‘struggled’ as a result of lower high street footfall, with in-store sales of non-food items falling by 17.8 per cent. However, total non-food retail sales increased by 7.7 per cent on a like-for-like basis as they were buoyed by a significant jump in online sales. 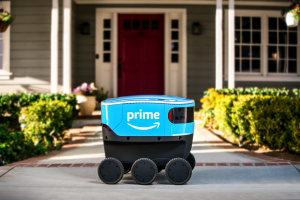 Online giant Amazon is set to hire dozens of engineers to develop autonomous deliveries in the UK, after online shopping took off during lockdown.

The company said it was establishing a new team in Cambridge to focus on Amazon Scout – its small self-driven delivery vehicle that rolls along the pavement at walking pace, delivering to a customer’s door.

The news comes a week after Amazon said it would create 7,000 jobs this year alone, taking its permanent workforce here to more than 40,000 people.

Aviation industry leaders have urged the government to commit to a coronavirus testing regime for international arrivals, after a new regional approach to England’s quarantine policy was announced.

Transport secretary Grant Shapps has said that should infection rates differ from their mainland countries, islands can be added to or removed from the quarantine list. That means from 4am on Wednesday (Sept 9), arrivals from seven Greek islands will need to self-isolate for 14 days, but mainland Greece is to maintain its exemption.

While the move was largely welcomed by the travel industry, which has taken a hit during the pandemic, industry leaders urged action on testing for those arriving in the UK. Our updated advice feature untangles the confusion over which UK countries have what quarantine rules.

Pubs face battle for survival with thousands of jobs at risk

Up to 12,500 jobs could be lost in Scotland’s bars and pubs, with nearly nine in 10 premises reporting a drop in revenue, a survey by The Scottish Licensed Trade Association has found.

Responses from 600 premises found 45 per cent of owners do not expect to return to normal trading until a vaccine for the disease is found.

Some 85 per cent reported a decline in footfall, while 89 per cent have experienced a drop in revenue.

Signs of return to cash use following lockdown dip

Encouraging signs of a return to cash use by people and businesses were seen in August as people ventured out to pubs and back to work, according to the Post Office.

The Post Office said this reflects people depositing cash built up during the lockdown period, at a time when many banks have been operating reduced opening hours. 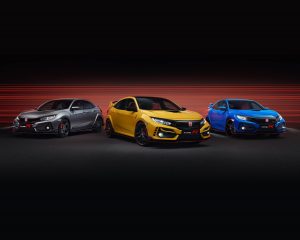 The newly updated Honda Civic Type R will be priced from £32,820 when it arrives on forecourts over the next few weeks.

There are also two new trim levels – Sportline removes the standard car’s large rear wing and has smaller alloys for a better ride, while the stripped-out Limited Edition is already sold out.

Motor insurance fraud up six per cent in 2019

There were 58,000 fraudulent motor insurance claims in 2019, a rise of six per cent on 2018’s figures, according to data from the Association of British Insurers (ABI).

This drove a five per cent increase in overall fraudulent claims, with 107,000 registered in the year, said the organisation.

Motor insurance fraud remained the most common type, although the total value of £605m was actually lower than for 2018. Around 75 per cent of these claims contained a personal injury element, which the ABI says could be because personal injury reforms are being introduced in April 2021.

Weather: A mixed picture across the UK

Warmer conditions are expected today, reports BBC Weather, with sunny spells and cloud for most of the UK. A few showers will turn to persistent rain for the north.

Tonight will be dry for the south but there will be a few showers in Wales and northern England.

Tomorrow, high pressure moves in, leaving a largely dry day for many, but there will be rain for Wales and northern England.