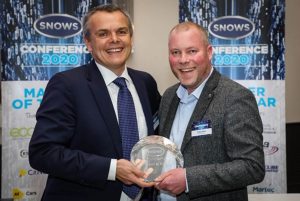 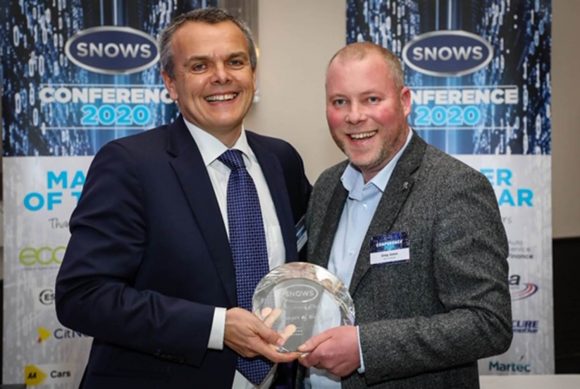 Snows hails Greg Jones as its Manager of the Year

SNOWS Motor Group has named Greg Jones as its Manager of the Year.

Presenting the award to the Snows Peugeot Basingstoke sales manager at the group’s annual conference, Snows chairman and chief executive Stephen Snow said: ‘Greg has dealt with everything that has been thrown at him this year, achieving all KPIs in sales and 100 per cent customer satisfaction, both in new and used car sales ratings, which is no mean feat.

Jones said: ‘It’s a great honour to receive this award and it comes as a result of a lot of hard work and support from my colleagues at Peugeot Basingstoke, who have consistently performed since Snows took over the dealership three years ago.’

During the conference, held at the Ageas Bowl near Southampton, Snow announced that he would be heading up a new executive board of directors to oversee activity, strategic planning and decision-making, with Neil McCue and Alex Domone becoming chief operating officers and Shawn Gates appointed as chief financial officer.