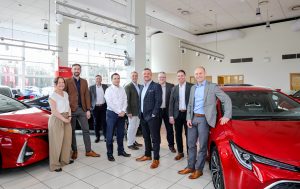 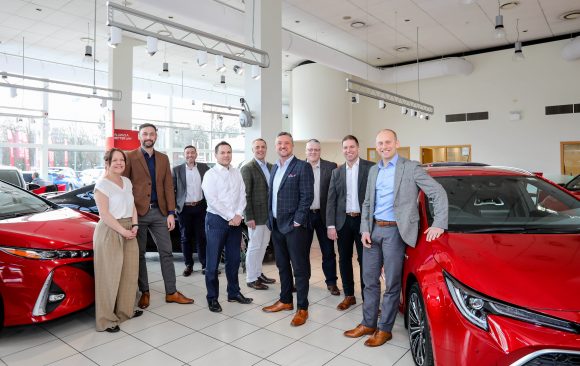 SNOWS did itself proud at this year’s Toyota ‘BRIT’ awards, scooping the top honour of Best Group of the Year.

In addition, Snows Toyota Southampton came second in the Centre of the Year category for the second year running, and second in After Sales Business of the Year.

The BRITs recognise the top performers among Toyota’s 180 retailers in the UK and are based on cumulative scores, from new and used vehicle sales to marketing and customer feedback.

Snows chief operating officer Alex Domone said: ‘Best Group is the most coveted prize in the Toyota retailer world and this win, along with our other two awards, recognises the great strength, commitment to performance and huge amount of effort from everybody within Snows Toyota.

‘We are all delighted with this award and it’s a magnificent win for everyone concerned.’

Stephen Snow, chairman and chief executive, added: ‘This reward is richly deserved and myself, along with everyone across the business, is immensely proud of the achievement.’

MORE: Snows hails Greg Jones as its Manager of the Year