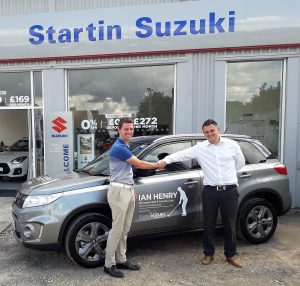 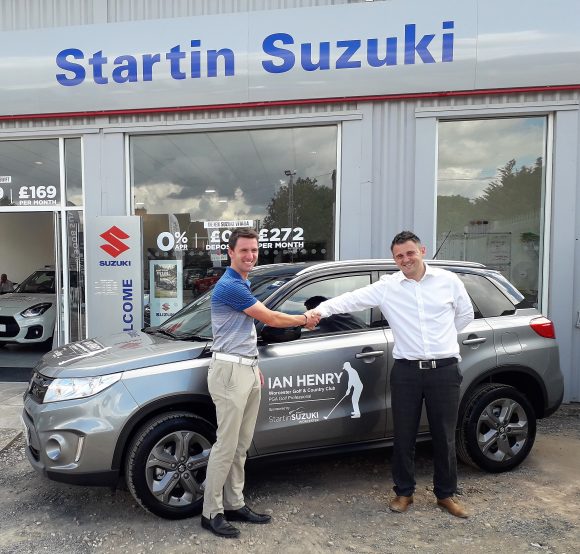 A SUZUKI dealership in Worcester has partnered up with PGA professional golfer Ian Henry.

As part of the deal with the Startin Suzuki St Peter’s Worcester dealership in Bath Road, Broomhall, Henry has been handed the keys to a branded Suzuki Vitara SZ5 compact SUV, finished in Galactic Grey and worth more than £20,000.

Based at the nearby Worcester Golf and Country Club, Henry has won several PGA medals and Pro-Am competitions, and is a renowned youth coach, heading up two Worcestershire county teams.

‘He’s had a relationship with the Startin Group for over 10 years, and to have the opportunity to provide him with a Suzuki Vitara came about at the perfect time.

‘In fact, we’ve already sold a new Suzuki to a local golf enthusiast purely through this association, with other inquiries also taking place. No doubt this will only increase as Ian takes his Vitara around the local golf courses and people talk to him about it.’

Henry said: ‘The Suzuki Vitara has to be the most practical car I’ve had for family and sporting trips. It looks great on the road and has some brilliant features.

‘Whilst driving the Vitara, it’s been great to take advantage of the modern technology, including the voice-activated messages to keep up to date with business and friends.

‘The team at Startin Suzuki is friendly, knowledgeable, and has supported me with this fantastic sponsorship. I have now bought a Suzuki Swift for my partner, which she loves.’