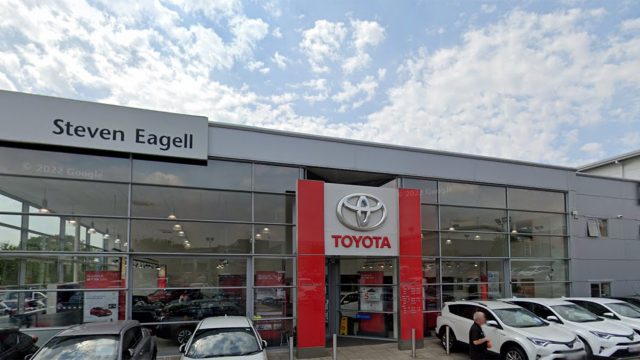 The Car Dealer Top 100 company  said operating profit was up 56 per cent on 2020, while turnover rose by 37 per cent to  £702.7m, in its accounts for the year ended December 31,  which have just been published on the Companies House website.

A third of the profit was down to the sale of new cars, while the rest came from used car sales and aftersales.

Its March 2020 acquisition from Vantage Motor Group of two Lexus and four Toyota sites in Tamworth, Solihull, Wolverhampton and Birmingham all contributed to the 2021 profit increase, it said.

The accounts also revealed that the dealership group received £1.548m in government grants under the Coronavirus Job Retention Scheme, versus £5.637m in 2020.

In its accompanying report, Steven Eagell, which is one of the largest independently owned Toyota dealer groups in the UK, said the board was ‘extremely pleased with this performance, particularly against a backdrop of trading conditions that were again hampered by Covid-19’.

It now reckons 2022 will be even more profitable.

Steven Eagell Group, which was established in Milton Keynes in 2002, has 22 Toyota centres across the south-east of England and the West Midlands.