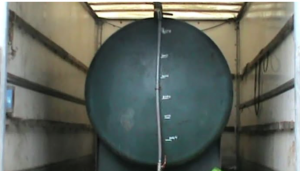 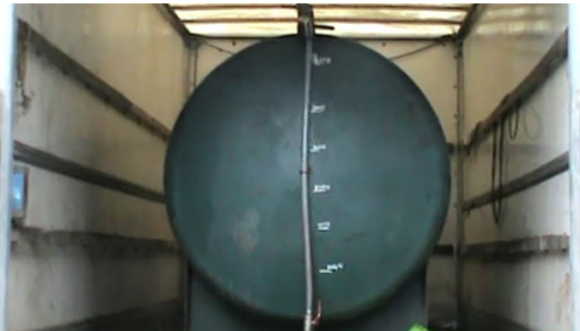 THREE men have been arrested and a suspected fuel-laundering plant dismantled as part of an investigation into a suspected multi-million-pound fuel fraud.

A suspected fuel-laundering plant was dismantled in south Armagh and 22,500 litres of fuel seized, along with specialised equipment suspected of being used in the laundering process.

It’s believed that the suspected laundering plant had the capacity to produce 20 million litres of illicit fuel a year, potentially evading £11 million in revenue.

A 31-year-old man was arrested in the Belfast area and a residential premises searched in south Armagh. At that site, 22,500 litres of fuel were seized, along with 3,100 litres of marked gas oil, 350 litres of kerosene, 12,700 litres of lubricant, two box lorries, a caddy van and a forklift. Meanwhile, in the greater Belfast area a further 6,500 litres of suspected laundered fuel were recovered from a retail site.

The three men were questioned by HMRC and released pending further inquiries. Investigations are ongoing.

Laundered fuel is low-taxed red or green diesel that has been filtered through chemicals or acids to remove government markers. The fuel is then sold illegally to unsuspecting motorists at the higher price of undyed fuel. However, the chemicals and acids remain in the fuel and damage fuel pumps in diesel vehicles.

Although red diesel is predominantly targeted, launderers have also sought to remove the marker from other rebated fuels  – especially kerosene – primarily used for heating oil.

In April 2015, the UK and Ireland introduced a new fuel marker that is significantly more resistant to laundering than the existing markers.

Tracey Noon, assistant director at HMRC’s fraud investigation service, said: ‘The illicit trade in laundered fuel is a serious crime and one we are determined to detect and disrupt.

‘We remain alert to the often dangerous methods and efforts of criminals to remove the government markers from rebated fuel.

‘Given that laundering plants have been found adjacent to homes and retail sites, we would urge anyone with information about this dangerous activity to report it to HMRC online or contact our fraud hotline on 0800 788 887.’