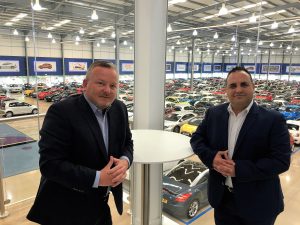 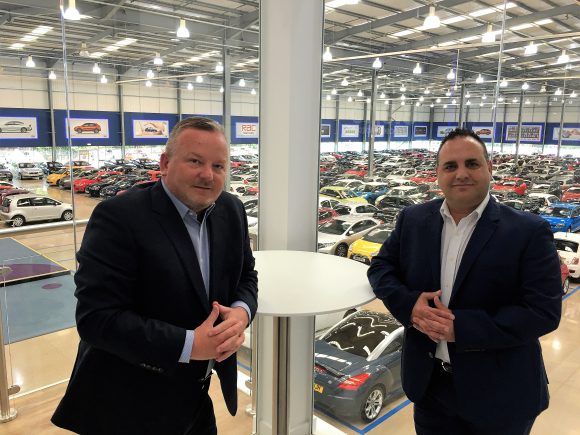 The company has revealed that its year-to-date profit figure for 2017 already exceeds that for the whole of 2016 – and currently stands at £10 million with four months’ trading remaining.

The company’s centre in Wednesbury in the midlands has doubled its monthly pre-tax profits to average £2 million from opening in April 2017 and  drives finance penetration to an impressive record level of 83 per cent.

July was a particularly good month for the company as it enjoyed record turnover and a pre-tax profit figure of £2.5 million.

The Trade Centre Wales has firmly established its footprint in the midlands since opening its Wednesbury store at Easter this year.

The group, privately owned by entrepreneur Mark Bailey, has plans to expand both regional hubs with new openings in Wales and the midlands in 2018.

Bailey said: ‘I am delighted with how the business has been received by car shoppers in the midlands.

‘We have successfully replicated the Trade Centre concept in a completely new region and the results provide huge encouragement for continued expansion of the brand nationally.’

The business, which is led by CEO Andy Coulthurst and sales director Andy Wildy, aims to deliver a first-class  retail experience and the utmost convenience to drive customer satisfaction.

Said Wildy: ‘Anyone visiting the latest format store cannot fail to be impressed. Digital point-of-sale illuminates our reception atrium and golf buggies are at hand to help you navigate acres of retail stock, all prepared to optimum standard.

‘More than 80 per cent of our customers choose to take their cars the same day and we invest significantly in people and processes to facilitate this. On a typical Saturday, we will see over 70 customers drive away in their new cars on their first visit to our Wednesbury showroom.

‘We are on track to more than quadruple profit over a four-year period. 2018 will see the business deliver a pre-tax profit of more than £25 million, compared to £5.6 million in 2014. Everyone is working very hard here to make that happen.’

MORE: Newly-opened Trade Centre UK is on the hunt for more staff