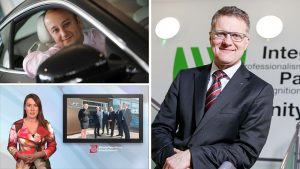 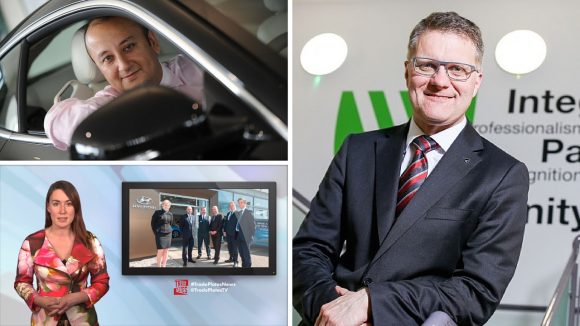 THIS week the Trade Plates TV news round-up video has been given a new look, while Rebecca was joined by Marshall Motor Holdings CEO Daksh Gupta and Vertu Motors CEO Robert Forrester to discuss their recent acquisitions.

To watch the video for yourself click play below. To find out more about the stories you can follow the links underneath.

Year gets off to a strong start for Skoda with profit and sales on the up
Skoda’s deliveries, sales revenue and operating profit all increased over the first three months of this year. In fact, the first quarter of 2016 was Skoda’s strongest start to a year ever, with sales increasing 4.3 per cent to 276,600 vehicles.

Marshall Motor Holdings buys Ridgeway Garages in ‘transformational’ £106.9m deal
Marshall Motor Holdings plc, one of the UK’s leading automotive retail and leasing groups, has bought Ridgeway Garages in a £106.9m deal. The acquisition sees Marshall move from being the 10th to the seventh largest motor dealer group in the UK and has been hailed by boss Daksh Gupta as being ‘truly transformational’ for his company.

Volvo Cars UK boss Nick Connor promoted to chief executive at Polestar
Volvo Cars UK managing director Nick Connor has been promoted to the position of chief executive at Polestar – Volvo’s wholly-owned performance arm. He will take up the position on July 1 and moves to Polestar after four years as managing director of Volvo Cars UK, during which time sales volumes rose by 60 per cent. He will replace Björn Sällström, who has been acting CEO since Volvo’s acquisition of Polestar last July.

First quarter goes well for Lookers with profits ahead of last year
Things are looking good at Lookers – the company has just revealed a positive trading performance for the first three months of the year, and a strong result during the key plate-change month of March.

Revenues through the £1bn mark again at JCT600
Bradford-based JCT600 has once again seen revenues break the £1billion mark with sales rising by 12 per cent to £1.145bn during 2015. Pre-tax profit rose marginally in 2015 to £18.61m with the group continuing to perform well despite pressure on margins in a very competitive market.