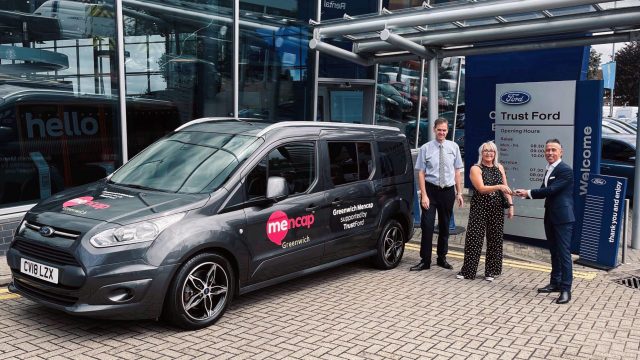 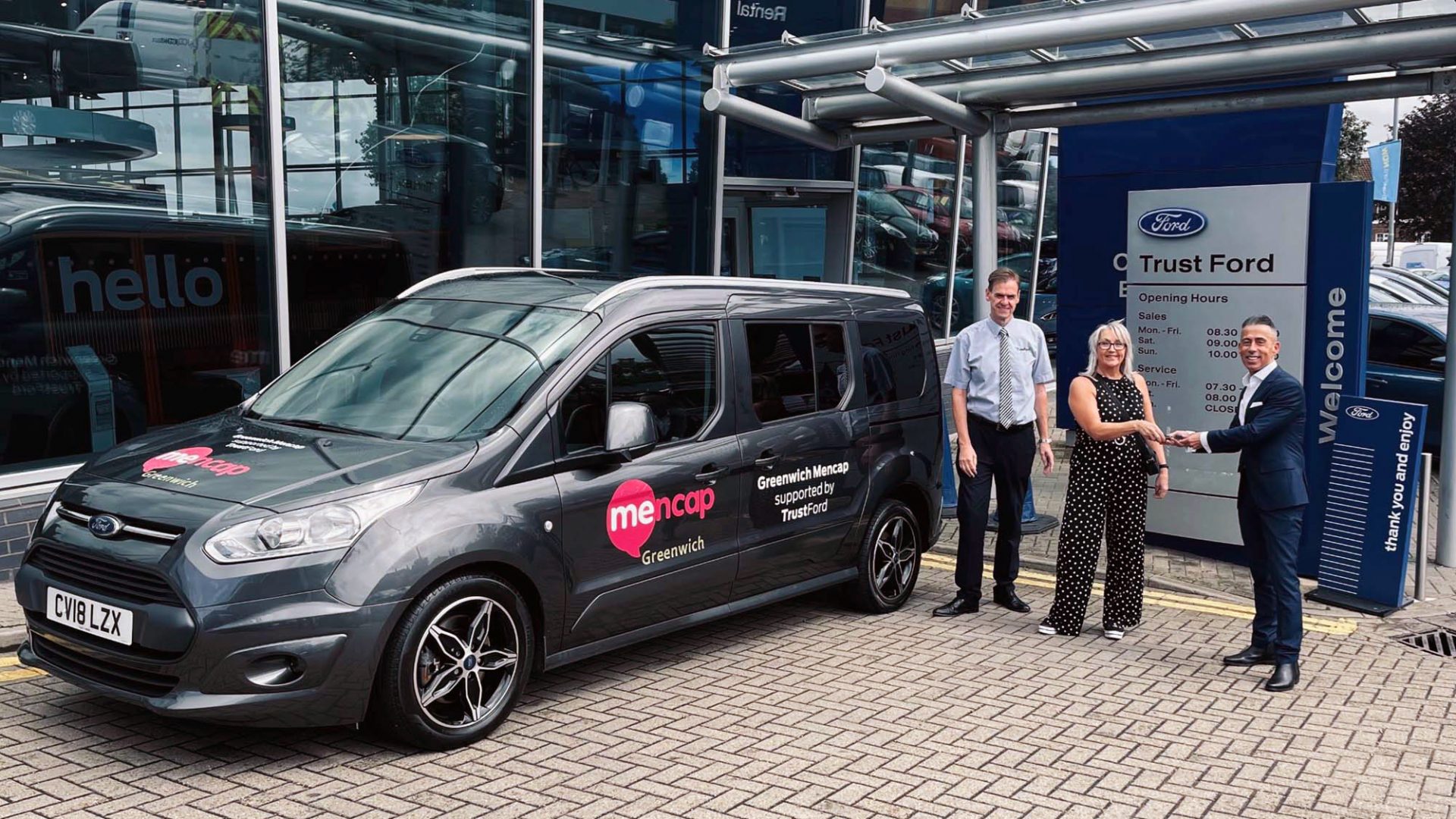 TrustFord Edgware has given a major boost to a charity that helps people with learning disabilities.

Greenwich Mencap’s fundraising was hit by the pandemic, and it suffered a further blow when it had its council transport withdrawn, meaning its initiatives couldn’t be accessed by many.

Among them is the Riverwood Project, which helps adults develop positive relationships at home and in the community.

The dealership offered its support by letting the charity have a Ford Tourneo Connect at cost price, sorting out the livery for the vehicle and giving £750 from the TrustFord Trust.

Paco Rodriguez, general manager of TrustFord Edgware, handed over the keys to Greenwich Mencap director of services Terri Looker, who said: ‘On behalf of my team, service users and their families, I would like to say a massive thank-you.

‘Raising funds has always been hard, but it worsened during the pandemic.

‘TrustFord came to our rescue and ensured we not only got the vehicle we needed but made it affordable. Their team was amazing, so thank you guys.’

Rodriguez said: ‘TrustFord is delighted to be able to help and give something back to our local community, and we hope our support will go towards making a difference.’

Stuart Foulds, chairman and chief executive of TrustFord, commented: ‘At TrustFord, being a good corporate citizen is a natural part of how we do business.

‘Greenwich Mencap does great work in assisting young people, adults and their families, and I am extremely pleased to be able to support them to continue their work.’

It’s not the first time that TrustFord Edgware has stepped in to help a charity out.

Last year, it gave a soup kitchen that was forced to shut because of the pandemic a discount on a van plus a donation so that it could continue with its work.