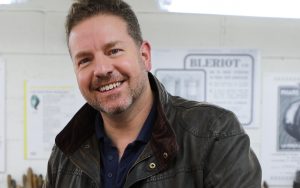 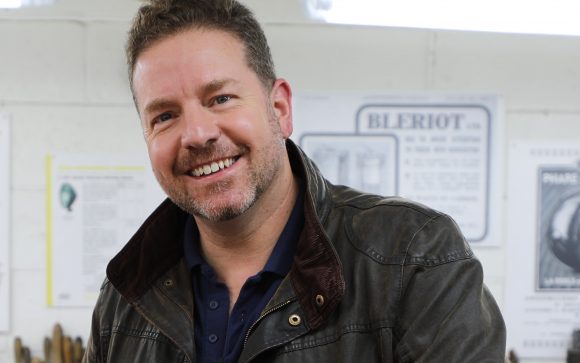 Volkswagen has apologised to a motoring TV host after sending a part he never ordered and threatening legal action because he wouldn’t pay for it.

Paul Cowland, who presents classic car restoration shows including Salvage Hunters: Classic Cars and Motor Pickers from his workshop, was baffled when an oil filter for a modern Audi arrived from VW’s parts company TPS.

His Nottinghamshire business specialises in ‘the classic and the weird’, so there was no reason for him to have ordered the part.

Confused, he checked his account with TPS and found that it had never been active, so he tried calling TPS but was unable to get through.

When he did finally manage to speak to a member of staff, he says he was met with an attitude of ‘it’s not my problem’ and put under pressure to prove he hadn’t ordered the part.

He then started receiving reminders from TPS before a letter arrived threatening legal action.

Cowland says the letters constituted an offence, punishable with a £400 fine under the Unsolicited Goods and Services Act.

TPS, which launched in 2006, was the UK’s first trade parts operation to be owned and run by a car manufacturer.

It is part of Volkswagen Group UK and supplies the independent motor trade with parts for Audi, Seat, Skoda, Volkswagen passenger cars and commercial vehicles.

Cowland posted on Twitter about his experiences with the business – and found that several other firms with dormant accounts had experienced similar issues.

He told Car Dealer: ‘I haven’t ordered anything at all and although we set that account up maybe five years ago we have never used it.

‘The part just arrived one day and I obviously rang them to say “Look this is the wrong part, it’s not for our garage. Do you want to come and collect it?”

‘I rang them six or seven times, but they didn’t even pick up the phone.

‘Then the letters began. It started with a “please pay” type of thing and then I got one saying “We will open legal proceedings against you”.

‘It is interesting because at that point they have committed an offence. It’s very clearly legislated as an offence under the Unsolicited Goods Act.

‘You are not allowed to send a threatening letter and you’re certainly not allowed to instigate legal action when someone hasn’t ordered anything and there is no proof of order.

‘They could not provide me with an order number, an email or anything like that, so it’s a clear breach of law for them to do that.

‘What was then interesting is that I put it up on Twitter and loads of people have come back saying the same thing has happened to them.’

1. Send you a part you didn’t order.
2. Ignore all requests to have it collected and credited – (because you never ordered it)
3. Threaten legal action for the non payment of the part… you didn’t order. 🤯@mike_orford @VWUKPress pic.twitter.com/EbJMAX2cJY

‘Take me to court’

Cowland said TPS failed to turn up to pre-arranged appointments to collect the £10.50 part and accused it of ‘systemic failing’.

He was prepared to let the Volkswagen-owned firm take him to court rather than pay for the unsolicited part, adding: ‘We work on a purchase order system and there is absolutely no record of any PO number at all.

‘Looking at the replies to my tweet, it looks like this has happened to a lot of people in the motor trade.

‘I would suspect there has been a systemic failing both in the way that they’re training their staff to deal with this issue and then the fact it gets put to an illegal recovery system that you cannot enforce by law.’

He told Car Dealer he was sure the case would be laughed out of court.

A spokesman for TPS said the issue has been resolved, following an enquiry by Car Dealer.

Oliver Larkin, head of group corporate and public relations for Volkswagen Group UK, said: ‘We are pleased to say that the underlying matter has now been resolved including the offer of a generous goodwill payment.’

Cowland is still fuming, though, over TPS’s actions that he said broke the law.