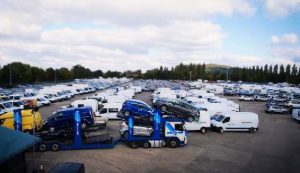 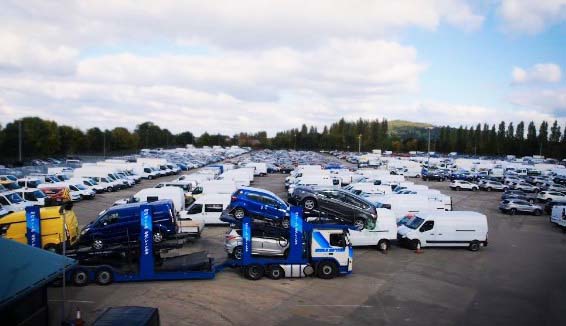 Car dealers are complaining online auction sales are packed out with buyers with stock overpriced and in short supply.

With dealers right across England reporting higher than expected demand for used cars since they reopened their doors on June 1, the rush has begun to replace sold stock and fill gaps on forecourts.

But shortages of high quality stock is seeing some dealers bidding frantically on the only stock that is available in online auctions and driving up prices in the process, Car Dealer Magazine has found.

One user on the Car Dealer Magazine Forum complained that ‘prices recently have been eye watering’ and they anticipated them to be in line with ‘December or January’ but that was not the case.

‘I’ve seen several cars go over £2,000-£3,000 over Cap clean,’ said the used car dealer. ‘It is now coming to the point where it’s easier sourcing stock away from the auctions. I just couldn’t justify paying stupid money for a car (£1,000 over book) then to find out I’ve bought an absolute shed.’

Snows Motor Groups’ chief operating officer Neil McCue told Car Dealer that at a recent Snows sale at BCA there were 380 online bidders. By comparison, McCue would expect 30 online bidders and around 20 in the room if auctions houses were open pre-coronavirus.

McCue revealed that the cars that are attracting the most bidders are sub-£2,000 and in general there’s a mass stock shortage.

He warned dealers need ‘to be careful’ and ‘not overspend on sub-standard stock’ as ‘no-one knows where the market will be’ in the near future.

Andrew North, of Alexanders Prestige, said the market is in an interesting position as customers are enquiring after cheaper cars, but there isn’t the stock for them to buy at the price they want to spend.

‘I think we are going to see a massive shortage of stock,’ he told Car Dealer.

‘Some dealers have wrongly (in my opinion) sold some stock off cheap – now there’s a demand and prices are rising as clients call for the cheap cars, find they are sold and then have to buy the correctly priced ones!

‘Cap performance has been in the mid-to-late-90s as have our conversion rates so the used car market has become very busy very quickly.’

Car Dealer Magazine spoke to a handful of the leading auction houses and all confirmed online auctions are packed with buyers and prices, in some cases, are rising fast.

‘In the run up to lockdown the large dealer groups did have strong stock counts, whereas this tended not to be the case with smaller independents,’ Cox Automotive’s customer insight & strategy director Philip Nothard told us.

‘The smaller independents have been able to be more flexible in selling stock during lockdown – consequently they now need stock to replenish their forecourts.’

Nothard noted prices for some cars – particularly the sub-£5,000 sector as people downsize or decide to buy a car and not use public transport – have risen and in some cases ‘are well into book’, but this has been countered by price falls for some cars like large SUVs.

Aston Barclay reports similar activity in its online auctions, too.

Boss Neil Hodson said: ‘The number of used cars we sold online started ramping up as dealers returned to work during May – independent dealers were back first and then franchised dealers from the June 1.

‘Since June 1, Cap performance has been in the mid-to-late-90s as have our conversion rates so the used car market has become very busy very quickly.

‘We have quickly seen new markets emerge including for sub-£5k used cars, while with used LCVs, we have seen 100 per cent conversion sales, with prices at CAP Average levels or above, with a big demand from the likes of parcel delivery companies who have been extremely busy during lockdown.

‘Generally we have seen record numbers of buyers coming onto online platforms – pretty much full scale sales, but with hundreds of online buyers.’

Meanwhile, a spokesman for BCA told us: ‘There has been a huge amount of customer interaction through our online channels, with activity growing daily and online sales typically recording buyer participation ahead of those seen in pre-lockdown conditions.

‘We have seen demand grow steadily for stock, with acceleration through differing price points throughout the period.’

Used car dealer secrets: What the motor trade think you should check before buying