Home > News > Volvo powering ahead with increased sales in 2014 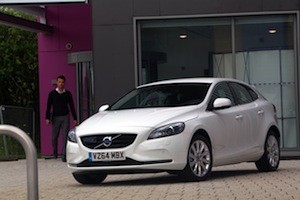 Volvo powering ahead with increased sales in 2014

VOLVO has revealed that sales in 2014 are currently 20 per cent ahead of last year – double the increase the UK car market has seen as a whole.

The company has accredited this rise to the V40 hatchback which has been responsible for 44 per cent of its sales in 2014.

Iain Howat, head of product at Volvo Car UK, said: ‘The V40 is the first five-door hatchback that we’ve produced for many years and it is absolutely the car for the UK market.

‘The UK is all about hatchbacks, the largest sector being the B-segment and the second biggest is the five-door C-segment, so V40 is absolutely right. I think that the fact we’ve sold more than 10,000 units this year reflects it’s suitability for the UK market and the attractiveness of that product for the consumer at large.’

Volvo has already stunned with its selling power this year. Earlier this month, Car Dealer revealed that all 1,927 First Edition Volvo XC90s were sold in 24 hours with a price tag of £68,000 – around 50 of those are coming to these shores.