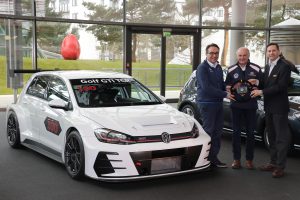 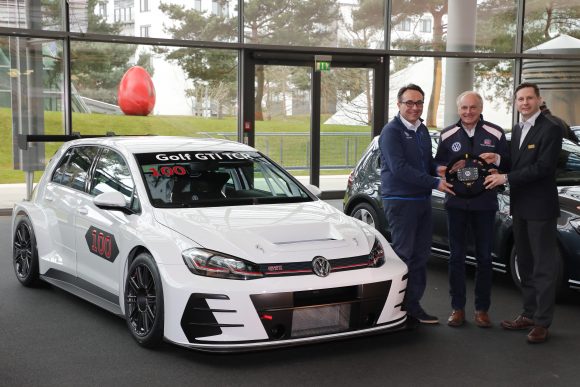 VOLKSWAGEN has handed over the 100th Golf GTI TCR ever made to a customer at its Autostadt in Wolfsburg.

The TCR is the first of its model to be handed over at the Autostadt visitor attraction centre and was collected by its new owner – racing team boss Franz Engstler.

Hailing from the Allgäu region of Germany, Engstler purchased the first Golf GTI TCR ever made two years ago and now he owns the 100th as well.

Autostadt is equipped with a state of the art customer delivery centre, as well as featuring a museum, pavilions and a cinema. Engstler was handed the keys to his new car by VW’s motorsport director, Sven Smeets, and head of vehicle delivery at Autostadt, Sebastian Wilhelms.

‘Private customer teams successfully field the Golf GTI TCR in more than 15 different racing series all over the world.

‘The Golf GTI TCR has already amassed 12 titles in international championships. To have now produced 100 models in just two years is a great effort from our entire team.’