We Brits make some cracking motors, don’t we? Sports cars, off-roaders and everything in between – we’ve built ’em! OK, I’ll admit we’ve had some bad moments, but we’ve also created some true motoring icons and I’m immensely proud to pick out 10 of my favourites here. 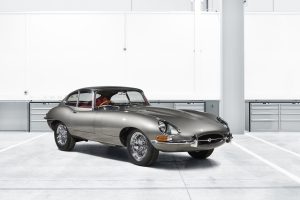 The Jaguar E-Type is one of those classic British cars that everyone knows about – it’s like a cup of tea, a red telephone box or the Queen. It’s a brilliant showcase of what we can do when we put our heads together, combining exquisite styling with impressive mechanicals. I love the E-Type – it’s a proper bedroom wall poster car. I know that they aren’t quite as good to drive as you imagine, but then just look at it. I’m pretty sure you’d never get tired of eyeballing this car – it’s as pretty as pretty can be. 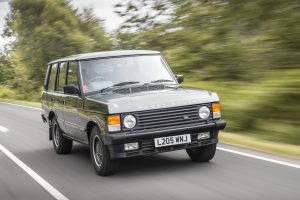 It’s hard to talk about British cars without mentioning the iconic Range Rover. Designed to offer go-anywhere performance alongside the utmost luxury, it’s easy to see why it’s gone on to become an incredibly popular model. I love all ages of this legend, although I do have a particular soft spot for the early, boxy models – there’s just something so spot-on about them. That said, even the modern Rangies look excellent – as long as they haven’t been overly ‘football-ered’ that is. 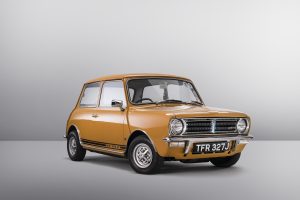 This list wouldn’t look right without the dinky Mini on them, would it? The iconic little city car has won the hearts and minds of many a motorist, and it would be wrong if it weren’t here among some of the UK’s best. Compact yet practical and efficient, the Mini was all things to all people – you could see one parked outside the Ritz just as much as you would outside the local supermarket. In a word – classless. It also happens to be one of my all-time favourite cars and one I’d happily drive every day. 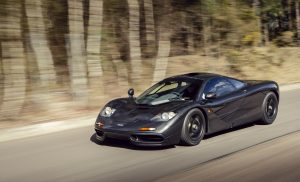 The McLaren F1 was, for quite some time, the world’s fastest production car. It could hit 242mph, and after setting that record in 1998 it remained the king of speed until 2005. This car had some seriously clever tech, with F1-inspired lightweight techniques used throughout. It even had an engine bay lined in gold, acting as a heat shield for the exhaust. It was also a British project, imagined and executed by legendary designer Gordon Murray. In terms of impact made on the world, the McLaren F1 was right up there. 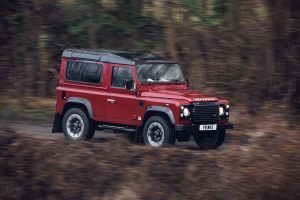 That boxy shape, with wheels placed on all four corners, is recognisable even from a distance – of course, it’s the Land Rover Defender. Though no longer in production, the Defender’s tough, go-anywhere attitude was hard to ignore. Despite lacking any real room for your arm when driving, the Defender has legions of fans worldwide and gained critical acclaim for its ability to tackle pretty much any situation. As a result of the end in production, even older, scrappy Defenders are trading for high prices. It just goes to show how popular they continue to be, despite not being produced any more. I know I’d love to have one in my collection. 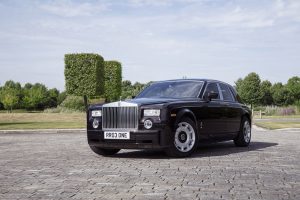 Rolls-Royce has been through all manner of different owners, with the latest being BMW.
OK, so the German manufacturer giant may own the company, but Rolls-Royce has remained distinctly British. The first car to be produced under the new owner was this – the Phantom. It summarised everything that’s great about Rolls-Royce – unparalleled luxury, elegant opulence and next-level exclusivity. It looked like a proper Roller and, as is important with this list, was assembled at the firm’s facility in Goodwood, West Sussex. 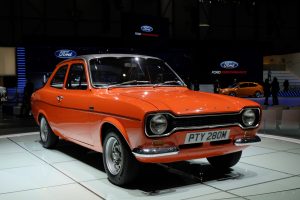 All right, I know that Ford is an American company but the Escort is all-British, right? The square, iconic shape of the Mk1 Escort is something so recognisable, so inherently right that it came to be one of the most popular cars the UK has seen. Mk1 Escorts are highly sought after today, which is driving prices through the roof. You’d never have thought that these cars would become future classics but they have – and they seem to be in greater demand than ever before. 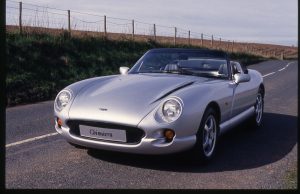 I was hugely excited when I heard that TVR would be returning, after initially going the way of the dodo. The Chimaera is one of the Blackpool firm’s most memorable models. Its name came from a monster in Greek mythology and the car itself was a bit of a brute, too. It used the legendary Rover V8 for power and was designed to be a long-distance tourer – but it still had a reputation for being reasonably ‘spiky’ to drive. 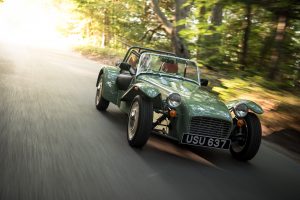 There are few cars as iconic as the Caterham Seven. It’s lightweight, very small and very fast too – capable of giving most supercars a run for their money. Based on the original Lotus Seven, the Caterham is about as stripped back as modern cars get. There are no driver aids, no radio and, in certain cases, no passenger seat. If you’re after a true connection to the road, then this is it – you can almost drive it telepathically, it’s so intuitive. 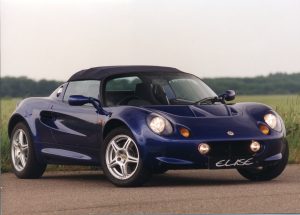 We’ve got a bit of a knack of making fast, lightweight sports cars here in good old Blighty. The Lotus Elise is a classic example of this. It’s teeny-tiny small and yet provides the sort of driving experience you’d expect from a supercar. Early models look brilliant nowadays too, and drive equally well. The Elise has become larger and more powerful in recent years, but all models still retain that impressive sense of poise and balance – they’re the perfect accompaniment to the winding B-roads that we love so much in the UK.

Mike Brewer picks his most iconic used cars ever