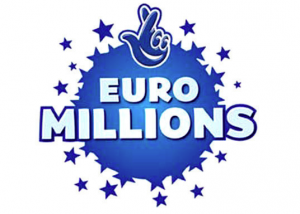 Lee, 54, who works for Kia dealer Ken Brown Motors in Harlow, thought he was buying a ticket for a Wednesday National Lottery draw.

But he had inadvertently bought one instead for the Tuesday draw of the EuroMillions.

He told the Hertfordshire Mercury: ‘I was sure it was Wednesday and thought it was the Lotto draw that night.’

His wife Lorraine spotted his error the next morning. ‘I checked it on my iPad and realised I’d got five numbers,’ he said.

The dealership will benefit, too – Lee plans on buying a Picanto for Lorraine and a Kia Rio for his son.

MORE: New-car sales in 2015 off to strong start