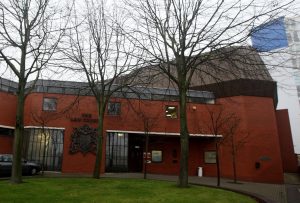 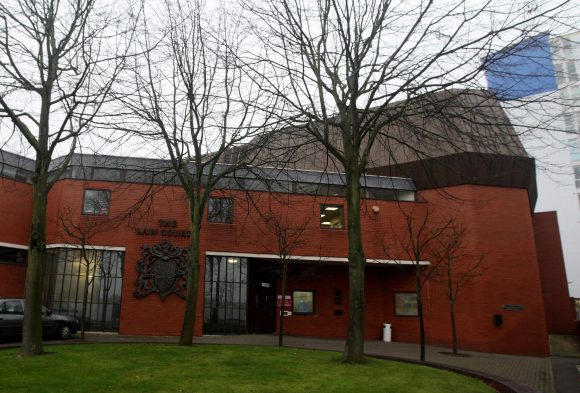 AN AUDI sales manager has been given a suspended prison sentence and a driving ban after he was caught overtaking in thick fog at speed.

Daniel Bull, 30, who works at Swindon Audi, was condemned by Judge Tim Mousley, QC, at Swindon Crown Court, pictured above, for his ‘reckless’ attitude, saying that it bordered ‘on arrogance’.

According to the Swindon Advertiser, off-duty traffic police who were in cars passed by Bull, of St Mary’s Road, Market Lavington, were left shocked by what they saw in the incident on the A4361 near Berwick Bassett in Wiltshire last December, said prosecutor Hannah Squire.

The newspaper reported that the court was told Bull, pictured below, raced up behind a traffic queue then, although visibility was down to 30 metres, overtook it on double white lines in his Audi SQ5. He subsequently tailgated another car then narrowly missed a head-on crash while overtaking another one.

One of the officers, PC James Trafford, noted the Audi’s registration number and Bull was later caught. Another of the officers, PC Lee Mayhew, said Bull came up so close behind him that he didn’t even see the Audi’s headlights before the car then pulled out and overtook him as well as a van. Moments later, he saw the lights of an approaching car and, said the newspaper, he noted: ‘It was only pure luck no-one was killed or injured’.

When interviewed, Bull, who admitted dangerous driving and had previous driving convictions, told police that the SQ5 had very powerful LED lights so he had ‘perfect visibility’ for the manoeuvres that he carried out, and that he used the road four times a day, the newspaper said.

In mitigation, Simon Goodman said Bull ‘was otherwise a thoroughly decent member of society’ as well as being ‘a hard working, well-respected manager who works in a trade where there may be a sense of invincibility when they get behind the wheel’, reported the newspaper.

The Advertiser quoted Judge Mousley as saying: ‘This was a prolonged and sustained piece of driving. The speed you were travelling at was obviously completely inappropriate for the prevailing conditions.

‘At times your driving was aggressive, coming up at speed behind other cars that were not travelling at the speed you were travelling at, and then carrying out completely inappropriate manoeuvres.

‘It is only really a matter of luck rather than judgement on your part that you didn’t cause any injuries.

‘Your driving was reckless in the extreme. I am satisfied that you didn’t think at all about other road users whilst you were driving in that way. It seems to me that your attitude towards driving in that way borders on arrogance.’

The judge gave Bull a 10-month jail sentence suspended for 18 months, ordered him to carry out 250 hours of unpaid work, slapped an 18-month driving ban on him and told him he had to pass an extended test before he could get his licence back.

On SuperUnleaded.com: This unbelievable Lego project is actually a working six-speed gearbox!