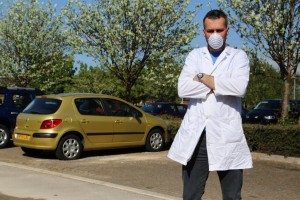 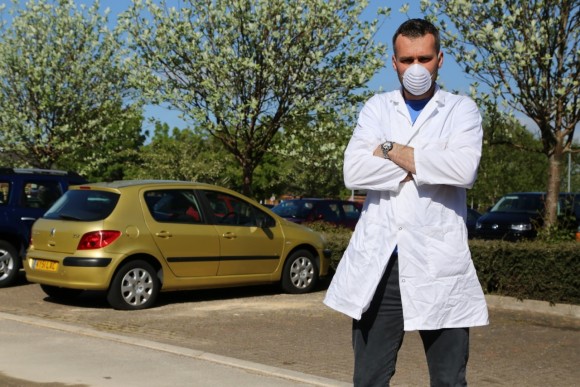 JAMES BAGGOTT is used to writing the news. He’s not so used to BEING the news…

Car Dealer Magazine’s founder is at the centre of a media storm after deciding he’d had enough of his step-daughter’s car littering the office car park.

So he decided to give it away.

He advertised it – in a way that only Baggott can – on our sister website superunleaded.com under the headline ‘We’re Giving Away The Most Disgusting Peugeot The World Has Ever Seen’. You can read the story here. 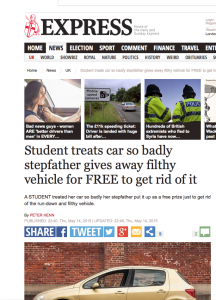 The story includes Baggott saying: ‘To be honest we were tempted to burn it. Or donate it to science for research purposes – because we’re pretty sure some of the mould could be weaponised – but you never know SOMEONE might want it.

‘So, here’s the deal. If you want the car – and when you’ve read about it we’re pretty sure you’d rather have an STI, but still – all you’ll need to do is like our Facebook page and this post. And then when we’ve decided we’ve inflicted enough visual punishment on the internet we’ll let someone come and take it away.’

It was an instant web and social media hit.

It made headlines in most of the national papers’ sites, and Baggott had approaches from media outlets in Australia and America to talk about the story. 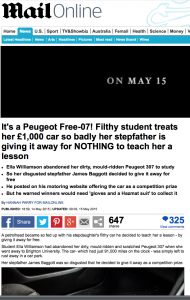 It even got a write-up in… errrr…. in2eastafrica, to prove its worldwide appeal.

‘It’s fair to say I have been pretty surprised by the reaction,’ he said.

‘The car is in a bit of a mess and I’m fed up with it being in the office car park, so I decided to give it away on our Superunleaded site – but I didn’t expect this kind of reaction. It’s gone mental!’ he said.

Baggott added his step-daughter had taken it all in good heart – although when he quietly closed his office door during the afternoon so we couldn’t hear his telephone conversation, we reckon she called him a few choice names when she first read the story…. 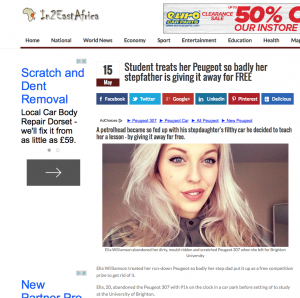