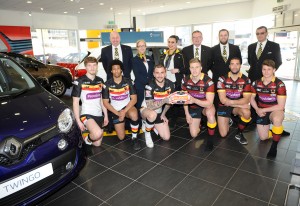 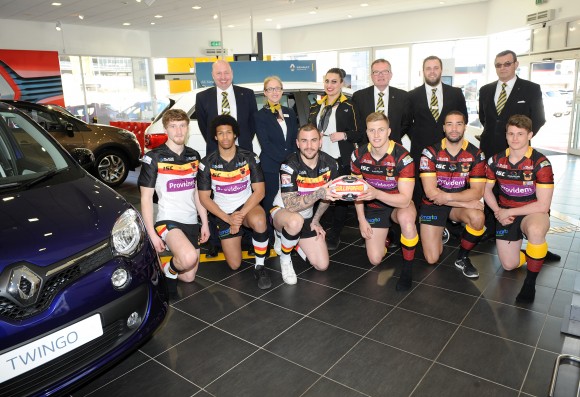 BRISTOL Street Motors Bradford, part of Vertu Motors, has renewed its support of Bradford Bulls for a second season.

The Nissan, Renault and Dacia dealership on Thornton Road has announced it will continue to support the rugby league team in the new season of the Kingstone Press Championship.

The renewed partnership will see the Bristol Street Motors logo continue to appear on the left sleeve of the club’s home and away playing shirts in 2016.

Paul Anderson, new car sales manager at Bristol Street Motors Renault Bradford, said: ‘We’ve had a great year since forging the partnership and I’m delighted to announce we are staying with the Bulls into season two.

‘As a local business we are delighted to be working with such an iconic sporting institution. We have welcomed many Bulls season ticket holders as customers at the dealership over the last year and we look forward to welcoming many more rugby league fans this season.’

Rob Parker, commercial manager of Bradford Bulls, added: ‘To be able to count on a company like Bristol Street Motors again for another year is amazing. It shows the confidence major brands have in the commercial side of the club.’