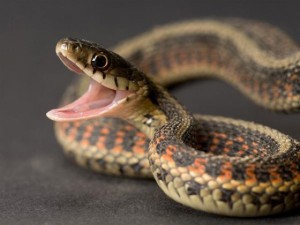 A CAR dealer who downloaded pornography featuring acts of bestiality was sentenced to a suspended jail sentence and ordered to go on an internet offenders’ course.

Fifty-five-year-old Keith Dorrington was discovered to have been accessing the illegal material when the Ford dealer at which he worked in Dagenham, Essex, noticed ‘unusual internet traffic,’ according to a report on the Metro website.

The films featured a woman having sex with a snake, a Great Dane and a horse, Snaresbrook Crown Court heard. The excuse Dorrington gave was that he was ‘depressed’ and was suffering from erectile dysfuction at the time. He was watching the videos to help overcome marital problems, the court heard.

Dorrington told the court: ‘I used a work laptop and my own laptop. I didn’t watch all the material I downloaded, but I accept that I downloaded it,’ Metro reported.

Sentencing him to a five-month jail sentence suspended for two years, Judge Louise Kamill said that images downloaded by Dorrington contained an act which could damage someone’s genitals. He was also ordered to pay £800 costs and an £80 victim surcharge.