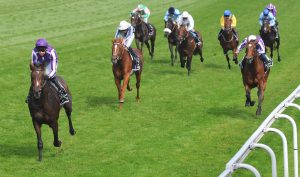 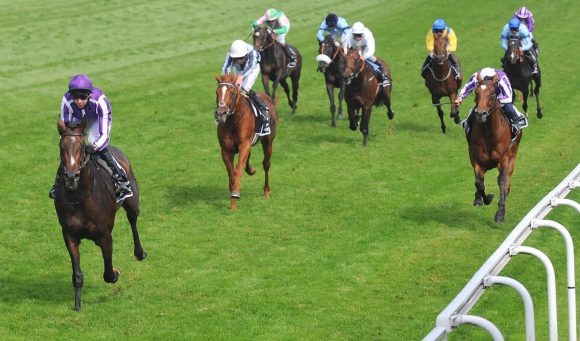 Cazoo saddles up to become headline sponsor of Derby Festival

Online car retailer Cazoo has become the main sponsor of the Derby Festival.

The partnership – for an unspecified number of years – gives it exclusive naming rights for the eight races of the festival, which this year takes place on June 4 and 5.

It already has multi-million pound shirt sponsorship deals with Premier League football teams Everton and Aston Villa and is an official partner of the English Football League.

In addition, it has become principal sponsor of the Rugby League World Cup plus The Hundred cricket tournament, and has lent its name to a number of snooker events including the Players Championship, Tour Championship and World Grand Prix.

Cazoo replaces Investec as Derby Festival title sponsor, which had supported the event since 2009 in an agreement due to continue until 2026. However, Investec said last July that it was ending the deal early.

Previous sponsors have been Vodafone and Ever Ready.

All the Derby Festival races will be shown live on ITV and the partnership will also give Cazoo year-round exposure and branding rights across all the Jockey Club’s other 15 main racecourses.

Cazoo founder Alex Chesterman said: ‘We’re delighted to be sponsoring the Cazoo Derby Festival – one of the biggest events in horseracing and the second-biggest spectator sport in Britain.

‘We look forward to engaging with racing fans around the country through this extensive partnership with the Jockey Club and to delivering the best car-buying experience to horse-racing fans across the country.’

Nevin Truesdale, chief executive of the Jockey Club, said: ‘Cazoo is a highly ambitious and successful growth brand that matches our ambitions for the future of the world’s most famous Flat race.

‘You cannot overstate the importance of the Cazoo Derby to our sport globally and it’s vital we work with a partner passionate about bringing that to life in the years ahead.

‘I’m delighted to welcome the Cazoo team to the Jockey Club and horse-racing as a sport.’

Mar 2021 – Cazoo confirms plans to list on the NYSE via a merger with Ajax, a special purpose acquisition company.

Sep 2020 – Cazoo accused of online-only U-turn as it begins turning former Imperial sites into ‘Customer Centres’ and plans many more around the country.

Jul 2020 – Car Dealer breaks the story Cazoo is about to buy Imperial Car Supermarkets. A day after our story breaks, the firm reveals the deal has been done.

Jun 2020 – Cazoo signs deal to become shirt sponsors of Everton in a deal rumoured to be worth nearly £10m. It soon follows it up with a similar deal with Aston Villa.

Mar 2020 – Cazoo announces another £100m in funding, taking the total raised to £180m. DMG Ventures, the venture capital arm of the Daily Mail, piles in as part of the fundraising.

Dec 2019 – Cazoo launches and announces a total of £80m in funding from venture capitalists General Catalyst and Mubadala Capital.