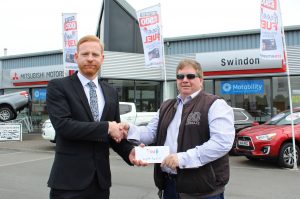 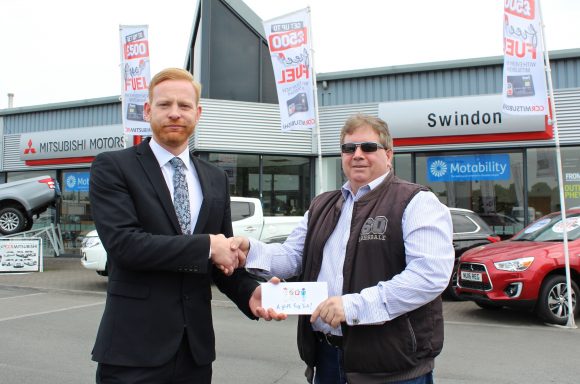 FACTORY worker Gary Broom has won £1,000 of vouchers thanks to Swindon Mitsubishi.

The 52-year-old entered a prize draw to win the Love2shop vouchers while the dealership had a vehicle display outside Tesco in Ocotal Way.

Broom, of Burford Avenue, Swindon, said: ‘I filled in the competition form when I was looking at the cars on show and the next thing I know I got a phone call to say I had won. I couldn’t believe it. I’ve never won anything like this before, so it’s great. It was a really nice surprise.’

He added: ‘I’m not sure what I’m going to spend them on yet. I might get a new cooker, but I couldn’t be happier.’

The competition was run by CCR Mitsubishi, the UK’s largest independent Mitsubishi dealer group, with eight dealerships across the south.

Swindon Mitsubishi, in Paddington Drive, won an award for sales department of the year at the company’s annual awards ceremony in May. The display at Tesco was to showcase the new Outlander Plug-in Hybrid Electric Vehicle (PHEV).

Andy Jackman, regional general manager of Swindon Mitsubishi, said: ‘Gary was one of hundreds of people who entered the competition across the eight CCR Mitsubishi dealerships, so we’re delighted to see someone from Swindon win. He was really pleased when I rang him to tell him the good news and I’m sure he will enjoy spending the vouchers.’

On SuperUnleaded.com: Russian Police Need New Cars If This Is The Standard…