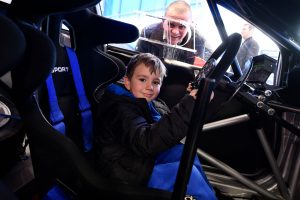 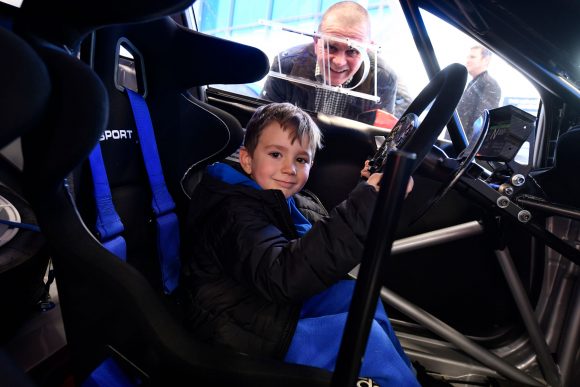 IT was all the fun of the festival at Lookers Ford Middlesbrough, which hosted its very first Ford family festival event to celebrate its recent transformation.

There was something for everybody at the open day, which celebrated all things Ford, including a display of classic models, from heritage Mustangs to a WRC Ford Fiesta rally car.

Attendees also got to see a breath-taking display by stunt driver Paul Swift, who put a Ford Focus RS and an updated Ford Mustang through their paces with a series of break-neck manoeuvres and challenges.

There was fun for all the family too, including face painting, an animal corner and a balloon artist, as well as a popcorn machine and candy floss.

Football fans were catered for, with former Middlesbrough goalkeeper Ross Turnbull hosting a penalty shoot-out competition. There was also a cinema bus which screened kids’ favourites throughout the day.

The festival followed the recent completion of the site’s £3m upgrade, which has transformed it into Teesside’s very first cutting-edge Ford Store.

The site, part of the Lookers Group, saw the size of its indoor new car display more than double from five to 11 vehicles.

General manager Ken Swindles said: ‘The Ford Family Festival was a fantastic way to celebrate the opening of our brand new Ford Store in Middlesbrough and a great way to catch up with customers, old and new, in the local area.’