Home > News > James Baggott: Mysterious adverts that tell me my phone might be eavesdropping 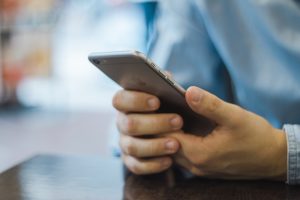 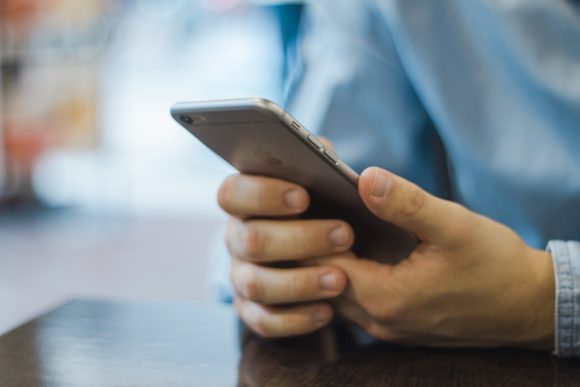 James Baggott: Mysterious adverts that tell me my phone might be eavesdropping

DO you ever get the feeling someone’s watching you?

Not creepily looking through your window on a dark autumnal night – if that’s the case, call the police, call the police now. No, I mean a sense that someone or something is ever so slightly keeping an eye on you.

Cryptic one, but let me explain.

I, like many of you, use my smartphone a hell of a lot.

I use it for shopping, I use it for work and I use it for keeping up to date with friends on social media. In fact, it’s so heavily embedded in my life that when the screen stopped working on a recent holiday, I could well have been described as inconsolable. Sad, I know, but that’s life these days.

Recently, though, there have been some strange coincidences that are starting to make me think my phone is listening to me. Yes, I know iPhones technically are always listening to you, ready to spring into life when you utter the magic ‘Hey Siri’ command, however what I’m worried about is that function being used for commercial means.

Recently, there’s been more than one occasion when adverts have been so hyper-targeted to me that they really couldn’t just have been coincidental.

I’m talking about adverts for things I’ve never searched for – ones served up seemingly at random, but so strangely in tune with what I’ve been talking about that the only way they could have found me is if something on my phone was listening to what I’d been saying.

Friends have asked the same question – is Instagram secretly listening to you? My answer now is that it quite probably is. The first occasion it struck me was an advert for Nespresso coffee.

A colleague and I were talking about how they’d seen  an offer for small business owners to buy a coffee machine from the pod purveyors for £1 if they bought a certain amount of  coffee at the same time. Lo and behold, a day later, the exact advert – complete with the very same terms – appeared in my Instagram feed. Then it happened again.

My daughter and I had been chatting about Blue Planet II and how much we loved watching it and then had sat down to watch an episode or two on Netflix.

Less than 24 hours later, there in my Instagram stories feed was a promoted advert about Blue Planet II Live. Now, I didn’t even know that was a thing, and I certainly hadn’t searched for it online on my device. I don’t think there’s any way Netflix can talk to my social media platforms either, so that can’t be how it served up the advert.

It must have been listening to me – it was just too much of a coincidence to be anything else.

The advertising worked too – I bought tickets there and then for my daughter and me to see the show at the O2.

Sucker for advertising me, but I’m not so keen on the surreptitious spying – even when it’s for something I’m interested in.

Since then, there have been three similar incidents where Instagram has served me an advert so unconnected to my  likes and follows that the only way it could know I was  vaguely interested in them was if it had been listening to  me in the background.

Now this all sounds very Big Brother, doesn’t it? But try a little web search and you’ll soon find other people with similar experiences.

If you look at the app settings, it has been granted access to your phone’s camera and microphone, but one would assume that was simply for the purpose of capturing images and sound to be used on the site – not the other way round and listening to what I do.

I haven’t used Instagram’s parent company Facebook’s site for years, but this sort of under-the-radar behaviour wouldn’t surprise me from them. The Cambridge Analytica debacle explains what sort of firm they are, after all.
I suppose I could read the Ts & Cs for the app, but they’re notoriously 5,000 pages long and I, like everyone else, simply scroll to the end and click ‘I agree’.

I also think that if it really were possible to target advertising after listening to consumers say things like ‘I’m thinking of buying a Fiat 500’ or ‘I’ve seen a really nice used MX-5’, you’d think car dealers, manufacturers and the media companies like mine that work with them would know how to use it to their advantage.

It can’t be just one big secret, can it?

I don’t know, perhaps this is one big conspiracy theory and is it a problem after all? I’m not sure. All I know is something smells fishy and I’m not sure I like it.

MORE: Carmakers ‘living in the past’ says new report