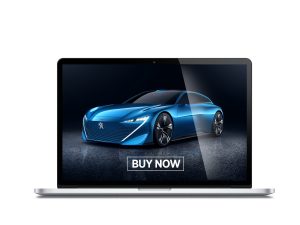 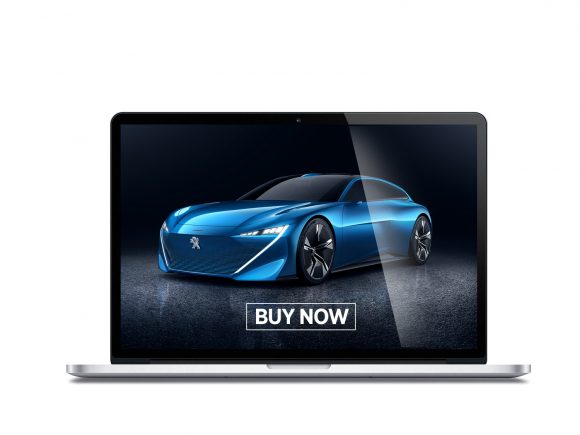 James Baggott: What role will dealerships have when science fiction becomes fact?

FAST FORWARD a decade and what do you think car buying will be like?

Will customers still be attracted by bunting and open boot lids at the side of a main road, or will they be too focused on their digital screens as they waft on by in an autonomous Uber to notice?

No matter what you hear from manufacturers who say they’re invested in a retail dealership model, I’d bet there are very few car brands out there that aren’t secretly beavering away on a project to sell cars online.

Why wouldn’t they? Buyers can get whatever they want on the internet these days – from takeaways to taxi cabs, and everything in between. Consumers are used to logging on and ordering whatever they need from Amazon and getting it the next day, with many simply asking Alexa to do it for them.

Don’t tell me you’re not the same. You might own or work in a car dealership that’s still selling cars the same way it has always done, but do you honestly shop the same way you have always done?

In issue 121 of Car Dealer Magazine, I report on the fact the car-buying cycle starts more than two years before a customer walks into a showroom to complete their transaction.

Much of that is research carried out online – videos are watched, reviews read and opinions garnered from friends and mouthy nobodies on social media.

Why, then, are dealers not penetrating that research cycle at every opportunity? Coaxing, informing, interacting with these would-be customers who are impressionable and ripe for nurturing into customers – and then selling them the car they want at the click of a button.

When you’re in the automotive industry, it’s incredibly easy to forget just how much many people hate buying a car. People are scared of dealers and confused by the options.

Try sitting down with your mum and asking her whether she would prefer pure electric or a plug-in hybrid for her next car, or perhaps a parallel hybrid. Can you easily and simply explain the difference? Enough for her to then make an informed buying decision about the second-biggest purchase of her life?

And it’s only going to get worse. Car companies are implementing more tech into their cars than ever before – gone are the days of opting for electric windows or the poverty-spec wind-up versions.

But 10 years from now, will any of this really matter? The younger generation these days aren’t interested in driving, they’re interested in mobility. They don’t care about carburettors or fuel injection, they want to be transported to their friends or the pub in a machine that they don’t have to interact with.

Autonomous cars might be a little further away than many in the car industry would have you believe, but they’re coming – and, when they do, do you think buyers will care what options pack they need?

Paid for by a glance

And, believe me, these consumers won’t want to visit an out-of-town car dealership to buy one.

These cars will be sold like fridges, or TVs, on Amazon or by Apple. Ordered at the click of a button, paid for by a glance at a phone screen. They’ll be delivered direct to the buyer’s door – they’ll turn it on, tell it where they want to go, and it’ll go. Chances are, when it drops the owner off at their destination, it’ll even drive off to recharge at a wireless station, ready to be beckoned back when the owner is ready to return.

Where does the dealership fit into that scenario? Sounds like science fiction, I know, but it’ll soon be reality. I’ve even seen the promotional videos from the manufacturers to prove it.

Change is coming and it’s coming fast – and dealers up and down the country need to take a long, hard look at their businesses and plan for it.

You may have seen in the last issue of the magazine the manufacturers who pledged their allegiances to their retailers – but did you notice how many didn’t respond when we approached them? If your brand’s MD didn’t comment, perhaps you ought to drop them a line.

That said, we’ve seen similar prophecies in the magazine world. Print will die, readers will move online or to iPads. Yes, some of them have, but far fewer than were predicted.

The fact is, people like to sit down and relax with a magazine, feel the paper, turn the pages – and as a publisher that’s music to my ears. Perhaps the same will be true for car buyers – while there might be many who want to buy an autonomous car online, there could still be many more who want to drink your free coffee and haggle over a deal on a sporty V8. Only time will tell…

MORE: Is it really a good idea to go for that quick drink after work?

MORE: As car firms shift direction, is this the end of the industry as know it?

MORE: Vauxhall is unseated as the second best-selling brand as sales take a hit