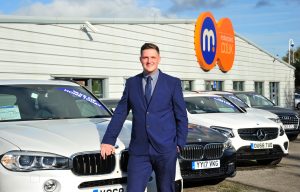 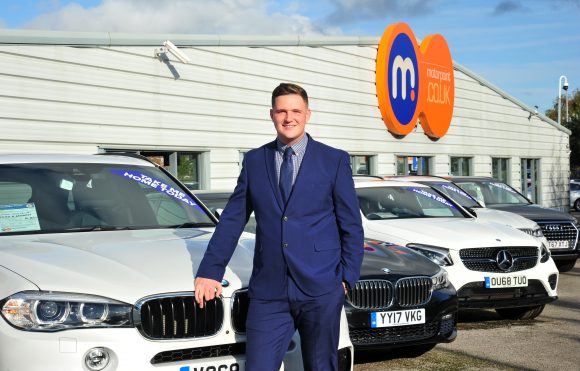 MOTORPOINT has appointed the youngest ever general manager in its history.

Thirty-year-old Jordan Dean, who has worked for the independent car retailer for more than eight years, will oversee the running of the company’s branch in Burnley, Lancashire.

He will be supported by a five-strong management team who will be responsible for all areas of customer service, operations and sales.

Jordan, who is married with a one-year-old daughter, is the first ever Motorpoint general manager to start as a sales trainee, and in his career with the firm has worked in all areas of the business including time at other branches learning best practice.

A lifelong Burnley Football Club fan, when he’s not at work he can often be found at Turf Moor watching the Clarets in the Premiership or spending quality time with his daughter.

Jordan said: ‘I couldn’t be more thrilled to have been appointed the new general manager for Motorpoint Burnley. I had always dreamt of running my own branch when I joined Motorpoint in my early twenties but I never imagined for one minute it would be in my home town. I couldn’t be prouder.’

Motorpoint Burnley is open seven days a week, until 8pm on weekdays. A long-term supporter of Lancashire MIND, it is home to over 500 low-mileage, nearly new cars from more than 30 manufacturers, together with access to thousands of other cars in group stock backed by its price pledge.

MORE: Motorpoint drive-in cinema proves to be a fundraising blockbuster