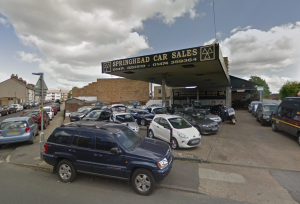 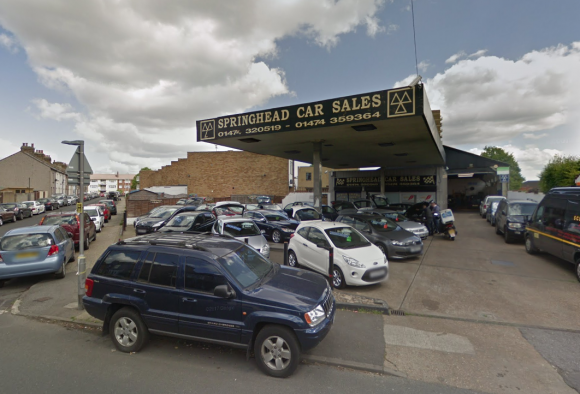 A CAR dealership in Kent has fallen victim to a suspected arson attack.

The incident happened early yesterday when a car caught fire on the forecourt at Springhead Car Sales in Northfleet.

Kent Fire and Rescue Service attended the scene in Springhead Road and managed to put out the flames in less than half an hour. The unidentified car suffered heat damage but was the only vehicle affected.

However, Kent Police were called to the scene as suspicions were raised that the fire had been started deliberately .

A spokesperson for Kent Fire and Rescue Service said: ‘We were called to Springhead Road in Northfleet at 5.23am on August 15. One fire engine attended and on the forecourt there was one vehicle alight, which had heat damage. We suspect the fire was started deliberately.’

A Kent Police spokesperson said: ‘Kent Police was called at 5.37am on Wednesday, August 15 to a report of a car on fire in Springhead Road, Northfleet. Officers attended and are carrying out inquiries into the cause of the fire.’