Hunting for a used car wasn’t always as easy as it is now.

There was a time – believe it or not – before the internet when the search for a used car was a labour intensive research job carried out on paper.

While it might feel like a different generation now, not so long ago the art of selling a used car wasn’t anything to do with how flash your website was, or how many pictures you took – in fact it had little more to do with crafting just 30 words.

On the frontline of car sales was one publication – Auto Trader – and while its paper-based version may now be consigned to recycling bins, the fond memories of the classified used car sales magazine lives on.

‘In many ways selling in the classifieds was an art,’ said Car Dealer columnist Big Mike. 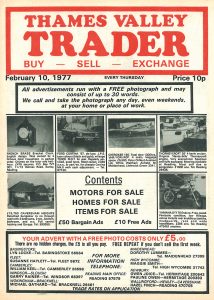 ‘You paid per word so we invented a kind of motor trade patois, with abbreviations that are still used today.

‘You don’t need to put e/w for electric windows or c/l for central locking any more, but many of us still do.

‘My favourite abbreviation was “bidet”, which meant rear wash/wipe.’

Big Mike – who has been running a used car dealership for years and has written more than 100 columns for Car Dealer – said the publication of Auto Trader, and other similar magazines on a Thursday, would define his week.

‘I used to put one car – usually a landmark or a heap of crap with a telephone MoT – in a special box as “Car of the Week” and it always sold the day after publication, like it was some form of trophy for whoever bought it,’ he said.

‘I miss the pride in seeing my ad each week and the inevitable typos from phoning in the details. 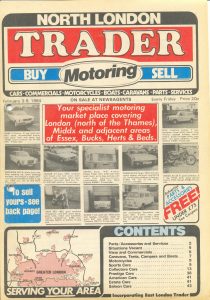 ‘It also made it easier to see what other traders had up for sale.

‘If they had something really unsaleable, I used to put on a pretend voice, phone them up and pretend to be interested in the Hyundai Stellar or whatever cack it was.

‘Then I’d collapse laughing as I heard the excitement in the salesman’s voice.’

Independent dealer Umesh Samani, owner of Specialist Cars, Stoke, might not have been as cruel – but he has fond memories of the printed Auto Trader magazines too.

‘There was something special about getting the magazine and flicking through pages and pages of cars, circling the interesting ones,’ said Samani.

‘With a magazine there was no search facility so customers had to call the dealer to see if the car was still available.’

Samani still believes in offline marketing and advertises in his local paper and free local magazines.

‘It might seem bizarre in this digital world, but I buy and sell cars from these publications as it seems people still like to flick through the pages,’ he added.

Others posted on Car Dealer’s LinkedIn page that they loved spending time circling the cars of their dreams – even if they were never going to buy them.

‘Circling hugely inappropriate sports cars and brazenly attempting to sell the proposition to your parents was a rite of petrolhead passage.’

However, for dealers, inputting all the details for the adverts was a painful memory. 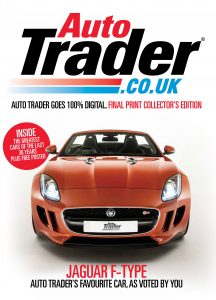 John Marshall, operations director for SW Car Supermarkets, said: ‘I don’t miss the manual labour of inputting cars as a salesman and then picking the bones out of the narrative in the adverts.

‘But I do miss having a giggle when we made up colours like firestorm red or Milano white to make dog knob red or base white sound more attractive.

‘I also remember battling with the rep for the best facing pages too.’

The paper based Auto Trader also gave canny dealers a chance to snap up some bargains.

Former car dealer and now Automotive Compliance director Paul Guy said: ‘I used to wait outside the newsagents for it to open in order get the paper Auto Trader hot off the press.

‘I’d circle the good ones and rush around leaving deposits on a Thursday to buy good stock from private sellers.

‘I’d often grab a bargain when their phones were ringing with other potential buyers… good times.’

Other dealers at the time even had their newsagents in on their hunt for stock.

‘I had our newsagent on the payroll,’ said Jon Davies, sales director of Focus Motor Group from 1990 to 2002.

‘I got my copy very, very early and bought one or two by lunchtime.’

Nathan Coe, chief executive of Auto Trader is well aware the business he now runs is very different to the paper-based magazine model the firm was built on. 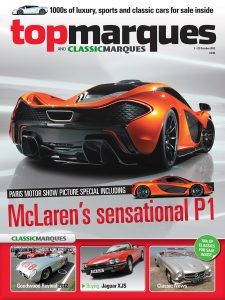 ‘Everyone at Auto Trader is incredibly proud of our rich heritage and just how far we’ve evolved since Sir John Madejski launched Thames Valley Trader in 1977,’ Coe told Car Dealer.

Over four decades the company launched a series of regional magazines and specialist titles, but in 1996 was first out of the blocks to start its digital transformation.

‘In 2013 we stopped the presses completely and went 100 per cent digital,’ said Coe.

‘Today, with a current average of 2.2m cross platform visits every day, we are by some distance the UK’s largest digital marketplace for new and used cars.’

While the future may firmly been rooted online, the joy of flicking through pages of classified car adverts, or the art of writing them, will not be forgotten by the motor trade any time soon.

‘It was a real skill,’ added Big Mike.

‘You had to get as much information into as few words as possible – a bit like being a journalist really, but with fewer lies.

‘The thing I miss most is going for a “long sit down” and turning to the Bargains Under £1,000 page to decide what to buy for myself, not for my stock.

‘The amount of old Jags and V8 Rovers I picked up back then, I tell you, if I’d kept them all I’d be a millionaire by now.’