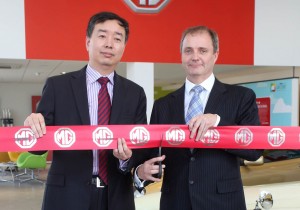 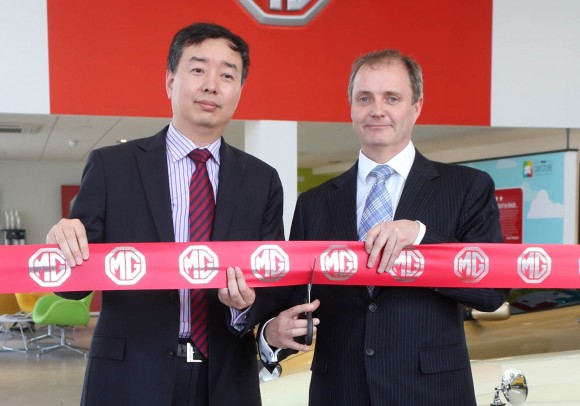 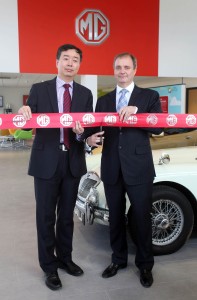 MG has appointed a new dealer in Exeter as the manufacturer gears up to meet increasing demand for its new cars in the south-west.

‘We’re delighted to be handling the MG range of cars in Exeter,’ said Paul.

‘We’ve already seen great demand for the cars and next month’s launch of the MG6 will see another milestone in the return of MG as a major car company in the UK.’

The opening of the new showroom is part of MG’s plans to recruit new dealers around the country. Last year MG was the fastest growing brand in Britain with sales growing by 361 per cent and Hendy MG is determined to build on this success.

‘It’s great to be part of the new MG success story,’ said Paul. ‘We have a great new showroom to display the new range together with dedicated workshop facilities in Exeter and we have every confidence in the brand for the future.’

Today, MG is owned by the SAIC Motor Corporation which is currently ranked in the 85th spot in the prestigious Fortune Global 500 list and, in 2014, achieved record global sales of over 5.62 million units, an increase of more than 10 per cent on the previous year.

Hendy Group has more than 20 outlets and employs more than 550 staff.

MORE: James Baggott: What I REALLY thought about Geneva