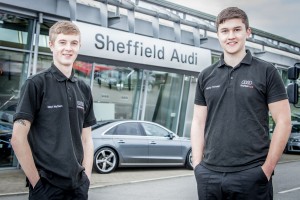 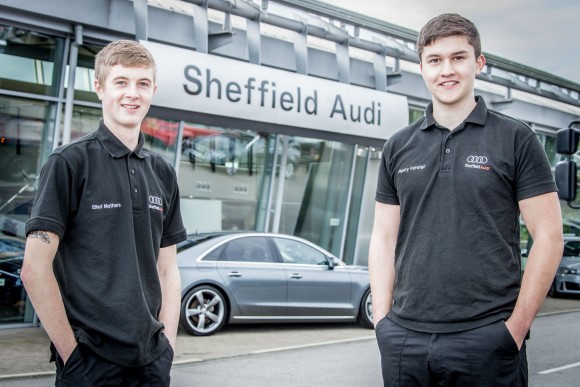 ANOTHER 23 young people have joined Yorkshire-based family motor retailer JCT600 as part of this year’s apprenticeship drive – with a further five due to be appointed later in the autumn.

By the end of the year, the company will have more than 100 apprentices working across the business in a variety of roles.

Over the last two years, the Bradford-based firm has expanded its established apprenticeship scheme and recruited a record number of young people.

It has again offered apprenticeships at most of its 50 dealerships throughout Yorkshire, the North East, the Humber, Derbyshire, Lincolnshire and Nottinghamshire for a variety of roles such as trainee service advisers, apprentice technicians and parts advisers.

These apprenticeships run for two and three years and the apprentices gain NVQ Level 3 qualifications alongside IMI Technical Certificates.

JCT600 last month held induction evenings for the new apprentices and their parents at its York Audi, BMW Bradford and Volkswagen Chesterfield dealerships.

Katie Saunders, HR director for JCT600, said: ‘For a company of our size to have taken on almost 30 apprentices this year alone is a real achievement, and quite unusual within the motor retail industry.

‘We have worked hard to develop a comprehensive apprenticeship scheme which assumes no previous experience or knowledge and provides a complete and structured training and development programme for all new starters.’

JCT600 expects to recruit around another 30 apprentices in 2016 and applications are likely to open next April.

JCT600 sells 18 of the world’s most respected brands such as Aston Martin, Audi, Bentley, Ferrari and Maserati.