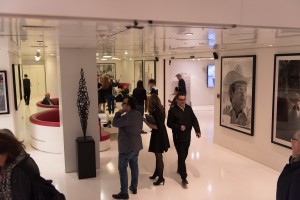 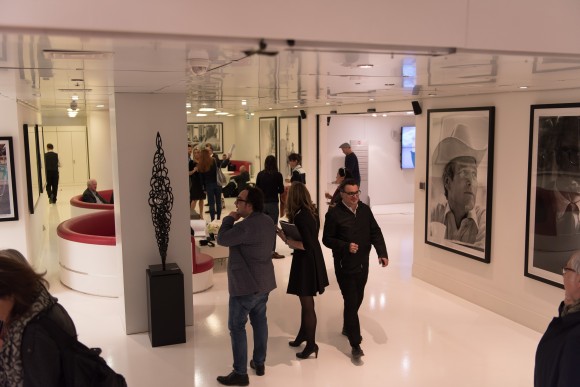 MOTOR Village UK, Fiat Chrysler Automobiles’ flagship dealer showroom in Wigmore Street, London, has once again been chosen as the venue for a top exhibition, this time a display from famed photographer Terry O’Neill.

The event, in partnership with Ransom Gallery and Monica Colussi, also provides an opportunity to focus on the Alfa range, in particular the new Alfa Giulietta.

Terry O’Neill is one of the world’s most collected photographers – his work hangs in national art galleries and private collections worldwide. For more than six decades, he has photographed the greats from music, film and politics, including Winston Churchill, Nelson Mandela, Frank Sinatra, Elvis Presley, Amy Winehouse, Audrey Hepburn, Brigitte Bardot, and every James Bond actor from Sean Connery to Daniel Craig.

Motor Village UK was chosen because of its central London position and unique design and space. Situated just off Oxford Street, the showroom was originally created in 2008 with future exhibitions, displays and receptions in the plans, as well as the ability to showcase and sell cars.

Fabio di Prima, managing director, Motor Village UK, said: ‘We were delighted to host this venue with the legendary Terry O’Neill at our unique showroom, transformed into an art gallery for the night.

‘The stunning design of many of Terry O’Neill’s pictures linked perfectly with the beauty of the Alfa Romeo cars.”

Terry O’Neill’s exhibition runs at Motor Village UK until May 22.