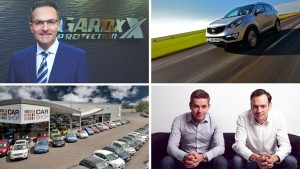 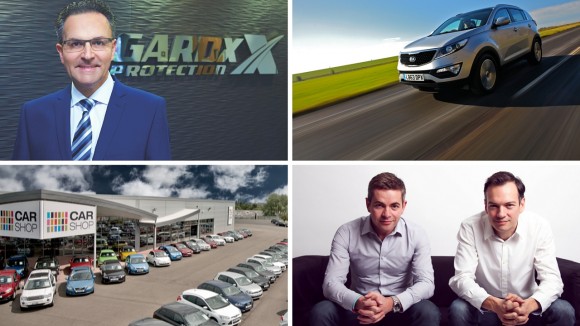 THIS week in the Trade Plates TV news bulletin, Carsnip has uncovered figures about the way car buyers find their next car, CarShop has achieved record profits and you can find out who’s been moving roles in the industry.

Click play on the video below to watch the latest show now.

Rebecca will be back again next week with another update. Make sure you subscribe to our channel by clicking here and let us know what you think by tweeting @TradePlatesTV. If you want to get this sent straight to your inbox you can join our mailing list here.

‘Dealers missing out on billions – because a lot of buyers DON’T use car sites’
New research has shown that UK dealers could be missing out on as much as £14 billion of used car sales through their websites as nearly one in three adults bought their last car without using the traditional portals.

Kia Sportage takes top honours as UK’s fastest-selling used car
The Kia Sportage rocketed off the UK’s forecourts faster than any other used model in March 2016 according to figures from Auto Trader. On average the 2015 Sportage petrol, with manual transmission, took just 13 days to sell. Hot on its heels was the 2013 model-year Sportage, again in manual, petrol form which sold in 18 days.

CarShop hits £5m profit milestone, with sales up 25 per cent so far this year
Award-winning car supermarket CarShop achieved record profits of £5 million before tax in 2015 – representing an impressive 113 per cent year-on-year increase. The company has seen strong growth continue into 2016, with sales for the first quarter of the year up by 25 per cent.

Nissan names new sales director for the UK
Darren Payne has been promoted within the Renault-Nissan Alliance to the newly-formed position of sales director at Nissan Motor GB.

Changes to Black Horse senior leadership team
At Blackhorse, Tim Smith will lead a new combined motor finance team for the whole of the UK, having previously held the position of head of motor north. This follows the decision of Paul McGill, head of motor south, to retire later this year.

Snows Motor Group unveils first Suzuki franchise in the south
Snows Suzuki in Poole has been appointed the new franchise dealer for the brand in the town – and it’s the third Suzuki outlet to open in the county of Dorset. It brings the total number of sales locations in the manufacturer’s growing UK network to 154.

‘Wheeler dealer’ leaves £1.5 million to hospital that cared for him
A former second-hand car dealer who died last year left £1.5 million to the hospital that treated him for heart disease. A spokesman for Ipswich Hospital said that this was the biggest donation it had ever received and that thousands of patients would benefit.

All CDX exhibition space SOLD OUT – but still time for delegates to register for free
With six weeks to go, the Car Dealer team are delighted to announce that the final few exhibition stands have been snapped up at CDX16. It means that the stage is well and truly set for the largest automotive expo of its kind in the UK – and that more than 100 suppliers will be packing out the exhibition halls at The Wing, Silverstone, on Tuesday, May 24.