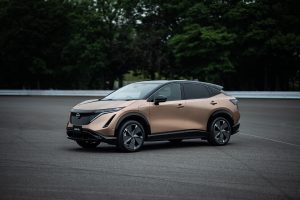 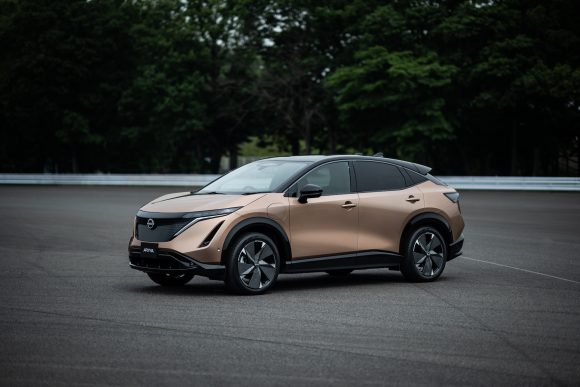 Nissan has ruled out the possibility of producing its new Ariya EV at its Sunderland factory.

The plant, which produces Nissan’s best-selling Juke and Qashqai crossovers, seemed like a prime location to produce the firm’s new Ariya SUV, which was unveiled yesterday (Jul 15).

But the manufacturer says it will only be produced in Japan at its Tochigi plant, which creates some of Nissan’s more premium models, as well as sports cars, including the GT-R and 370Z, and Infiniti models.

Marco Fioravanti, vice-president of product planning at Nissan Europe, said: ‘The Ariya is going to be produced in Japan, at the Tochigi plant, and it’s been totally changed and modernised in order to accept the new platform, which we’re launching with the Ariya.’

Nissan’s Sunderland factory is the largest of its kind in the UK, employing around 6,700 people, although it’s been hit by uncertainty in recent years – even before the Covid-19 crisis. The uncertainty of Brexit has cast a shadow over the factory for the past few years, with Nissan citing this as a reason for not expanding further.

Fioravanti added: ‘Regarding Sunderland, it’s definitely one of our top priorities and it’s the heart of our European manufacturing facilities. At the moment, we’re eagerly awaiting Brexit to give us the green light to expand it further.’

The Sunderland factory was handed a lifeline in May though, with the news that the firm would instead close its Barcelona plant, at the loss of 2,800 jobs, as part of a global cost-cutting exercise.

Despite the Leaf being on sale for the best part of a decade, the Ariya is only the firm’s second EV.

The ‘coupe’-crossover will reach showrooms in the second half of 2021 with various derivatives – including a version offering a long 310-mile electric range, as well as a 394bhp version that can reach 60mph in under five seconds.