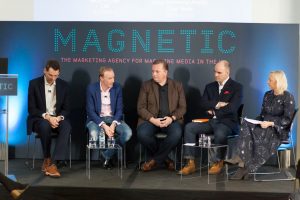 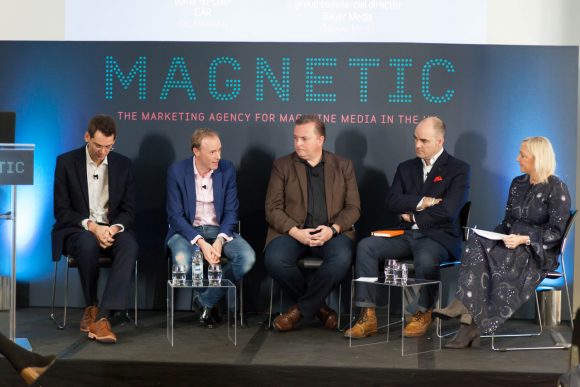 CAR buyers start their purchasing cycle up to two years before they do a deal on their next car – and they prefer to gather that information from trusted media sources like magazines.

With ‘fake news’ proliferating and social media and untrusted sources rife, consumers are more frequently turning to the pages of car mags to get the information they need.

That was the message from a talk by some of the UK’s most influential car magazine figures at an event organised by Magnetic Media, the marketing agency for consumer titles.

The panel featured the editors-in-chief of Car, Auto Express and Top Gear as well as the editorial director of Haymarket Automotive, publishers of Autocar. They discussed new research into the role magazines play in informing car buyers.

As you can imagine, the data was rather one-sided, but it revealed some interesting facts about the role these titles play in influencing consumers.

The research stated buyers are now ‘always in market’, suggesting that even when they’ve just bought a car, they are already looking for, or researching, their next purchase.

Many do that using car magazines, with 43 per cent of respondents agreeing that car mags helped them reduce the number of brands on their shortlist. More than a third said they changed the car they viewed as their favourite as a direct result of reading a motoring title and, interestingly, 39 per cent admitted to increasing their spend on their next car after reading a car magazine.

Delivering the research to the audience, Alison Finnegan, the insight and ad marketing director at Immediate Media, said magazine display adverts were key to shortening the purchase cycle and increasing the amount of money consumers spent on cars.

She also explained how a magazine with an article about a new car was 42 per cent more likely to be read if there was an advert in it to back it up. ‘Print is good at seduction. People are in a relaxed mind-set when they read them and that’s key,’ said Finnegan.

Although the results have to be taken with a pinch of salt – especially when web firms, like Google, will suggest online content is far stronger at affecting buyers, it’s hard to argue with the role car magazine readers play.

‘Car magazine readers are seen as the experts by their peers, the people to go to and ask for advice about car buying, and are the real influencers,’ added Finnegan. ‘They make up a third of all new car buyers and 78 per cent of them are passionate about cars.’

Top Gear editor-in-chief Charlie Turner said: ‘We’re in a world where people are bombarded by messages, and magazines provide a form of relaxation in a portable format.

‘Sometimes it’s just nice to breathe. In a world full of noise and clutter, people can see the value of the product and choose to invest time in it.’

The full research can be viewed on the agency’s website magnetic.media

MORE: What role will dealerships have when science fiction becomes fact?

MORE: Is it really a good idea to go for that quick drink after work?

MORE: As car firms shift direction, is this the end of the industry as we know it?