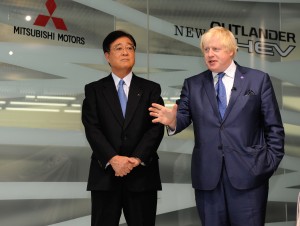 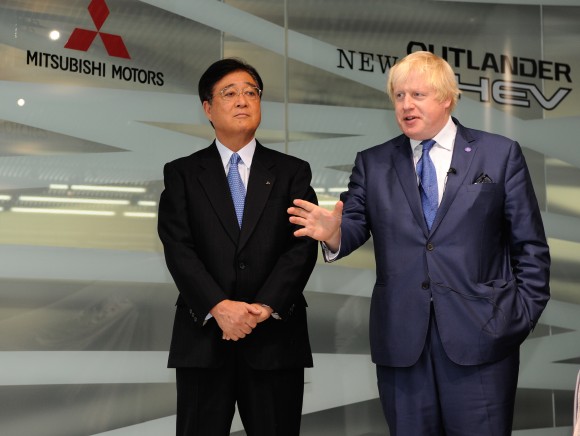 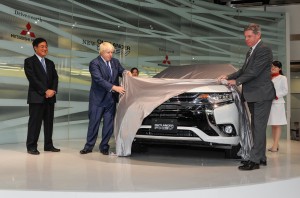 Some 20,992 motorists have made the leap to plug-in hybrids and EVs so far in 2015, with the Mitsubishi Outlander PHEV topping the chart and outselling its nearest rival – the Nissan Leaf – by more than two to one.

Campaign group Go Ultra Low has analysed the latest sales figures from the Society of Motor Manufacturers and Traders (SMMT) and today revealed that plug-in hybrid sales especially are up 226.5 per cent compared with 2014.

The Outlander PHEV has won 9,303 sales so far this year, and with the new model unveiled today by Johnson at Mitsubishi Motors head office in Tokyo that looks set to rise even further.

Johnson said: ‘This car proves that the technology is there and I hope it will give great encouragement to the consumer to think that mass production of vehicles like this is now bringing the price down to an affordable level so by 2020, when in London we have the first ultra-low emissions zone, cars like the Mitsubishi Outlander PHEV will qualify.’ 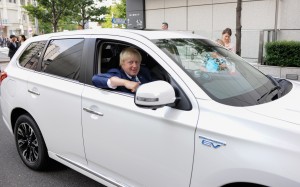 Osamu Masuko, Mitsubishi Motors Corporation Chairman and chief executive, added: ‘We greatly appreciate the significant progress the Mayor’s initiatives in London have made to encourage the uptake of ultra-low emission vehicles. We are very proud that the Mayor has taken this opportunity to unveil our new Mitsubishi Outlander PHEV here in Tokyo today.’ 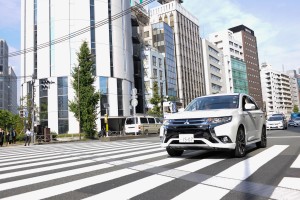 In line with a trend seen throughout this year, registrations of ultra-low emission vehicles continue to increase their share of the market, accounting for more than one per cent of car sales so far this year. This is up significantly from the same period in 2014, when 0.44 per cent of registrations were plug-ins.

The government predicts that five per cent of new car registrations (around 100,000 units) will be ultra-low emission by 2020.

Lance Bradley, the managing director of Mitsubishi Motors in the UK, said: ‘The Mitsubishi Outlander PHEV, along with forward-looking and consistent government policy on incentives, is creating a market for plug-ins that will ultimately set the UK apart in global terms by delivering the right balance of low-emission driving, value for money, economy and practicality. This new model is another bold step in that direction.’ 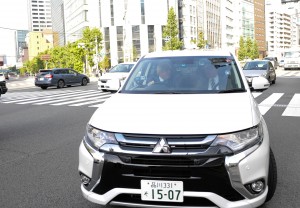 The new jobs include network sales people with specialist skills in ultra-low emission vehicle technology, additional people at the UK headquarters in Cirencester and additional people to prepare the cars once they arrive at the final assembly area at Portbury, Bristol – a facility to which the company has now committed £48m.

Head of Go Ultra Low Poppy Welch said: ‘The growth in plug-in car registrations is excellent news and in line with our expectations. This trend should continue over the course of this year, as we know that motorists are keen to achieve maximum miles for the lowest cost while minimising emissions and environmental impact.’

Watch the unveiling below:

On SuperUnleaded.com: Golf GTI overtaken by its own wheel at Nurburgring