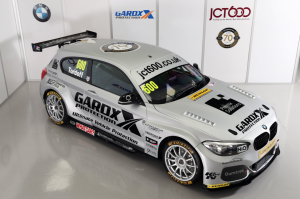 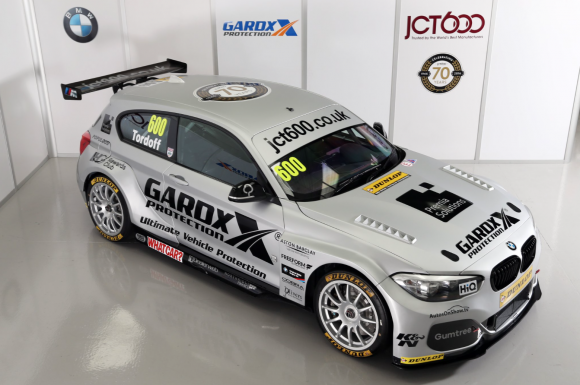 JCT600 to celebrate 70th anniversary with special livery at Croft

TEAM JCT600 with GardX will sport a new look at the fifth round of the 2016 Dunlop MSA British Touring Car Championship (BTCC) to mark the 70th anniversary of the privately-owned dealer group. 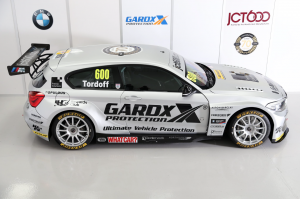 To celebrate, championship leader Sam Tordoff’s BMW 125i M Sport will run in a one-off platinum livery with black lettering at Croft, North Yorkshire, this weekend (June 18 to 19).

JCT600’s rise from a small garage business to a car retail giant has been built over decades of hard work and ingenuity. The company began in Bradford in 1946 when Sam’s great grandfather ‘Ned’ Tordoff and two business partners set up Tordoff Motors Ltd, trading as ‘Brooklands Garage’ in a former World War 2 wool store.

The JCT600 name was officially born in 1961 when Ned’s son, Jack, was inspired by the number plate on his car – which incorporated his initials – and continued to expand its portfolio throughout the following five decades.

Company CEO John Tordoff – Jack’s son – has overseen yet more expansion, which last year led to the firm becoming a £1bn turnover organisation with more than 50 dealerships across the north and midlands and 2,500 employees.

JCT600 has been a main partner of WSR in the BTCC since 2015 and the cars of Tordoff and Rob Collard currently lead the championship.

Sam Tordoff said: ‘It’s an honour to celebrate the platinum anniversary of JCT600 with a special livery at Croft. JCT600 started in Yorkshire, so for a local boy like me to be able to mark the 70th year of the family business in this way – and at the only Yorkshire circuit in the BTCC – makes me feel very proud.’

Dick Bennetts, WSR team principal, added: ‘JCT600 has been a terrific supporter of WSR since the start of 2015 and we’ve taken Sam and Team JCT600 with GardX to the top of the drivers’ and teams’ championships heading into Croft. We’re aiming for strong results from both Sam and from Rob in the sister car.’

MORE: MG enters the SUV segment with the all-new GS