Home > News > Slovakian car manufacturing strikes looming – but will it affect the UK? 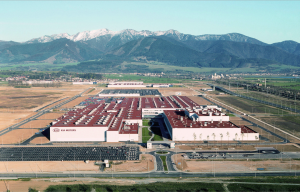 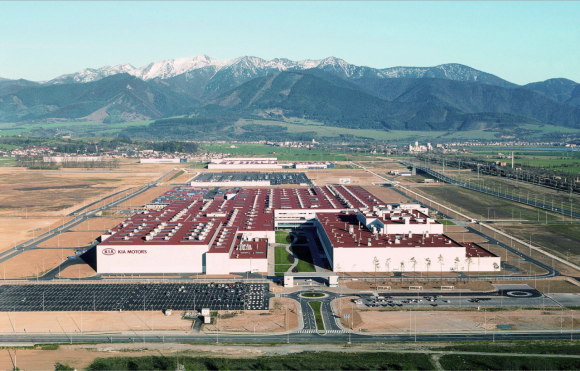 Slovakian car manufacturing strikes looming – but will it affect the UK?

CAR manufacturing plants in Slovakia – including Kia’s largest European factory – are facing pressure to increase wages from employees, with fears of strikes looming.

Kia Motors Slovakia, whose Žilina plant produces several models for the UK market, has been on strike standby since March 20. This is in the wake of Skoda Auto’s 12 per cent wage hike in neighbouring Czechia (Czech Republic).

Any supply issue would be an unwelcome curve ball in the firm’s ongoing desire to sell 100,000 cars per year in the UK before 2020. The plant recently built its three-millionth car since opening in 2006. 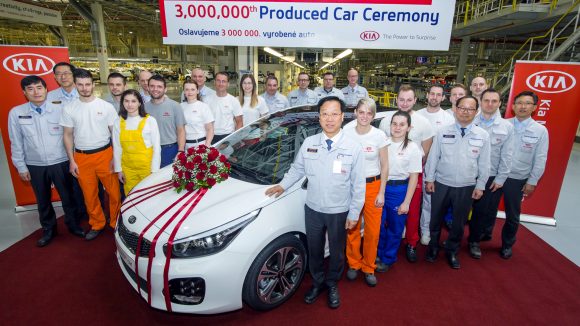 Kia Motors UK communications director Steve Kitson commented on the situation in Žilina: ‘Apparently this is not an unusual occurrence. This time of year is the annual pay negotiation between the trade union in Slovakia and the factory, and not all of our employees at Žilina are unionised, but there are some.

‘Usually, when the pay negotiations get into final detail, the union gives notice that they may call a ballot. As far as I am concerned that’s all we have; notification that they are prepared to call strike action if there is no outcome to the wage negotiations.

‘Our view is that we will make a fair decision all things considered.’

Kitson added: ‘We believe that any industrial action would not be justified. The plant conditions are very good, but those wage negotiations will be on-going. At this point in time there is no immediate likelihood of disruption as far as we’re aware.’

Kitson was unwilling to discuss the specifics of the negotiations, however, Anton Ondrej, the HR director at the plant, told the Slovak Spectator: ‘Kia Motors Slovakia is currently offering long-term employees an average salary increase of €107 per month, while the trade union organisation is demanding about €117.

‘So, the difference is only €10, due to which the trade union is threatening a strike. As during a strike employees are not entitled to salaries and the payment of bonuses tied to production is threatened as well, the staff would lose more money than the annual difference between the two offers.’

The news of wage increases at Skoda, paired with on-going wage negotiations at PSA’s Trnava plant – where the Peugeot 208 is produced – casts a degree of uncertainty over the state of the car manufacturing industry in the Central European nation.

Slovakia’s economy is currently seeing a period of substantial growth, and as unemployment falls across the country, it is matched by unrest among workers who are performing cheap-labour tasks for foreign companies.

VAG also has a plant in the nation’s capital, Bratislava, which is responsible for the production of the Volkswagen Up and its equivalent Seat and Skoda models, as well as the Volkswagen Touareg, Audi Q7 and Porsche Cayenne off-roaders.

In addition, Jaguar Land Rover is building a facility in Nitra, where production of the Discovery will take place.