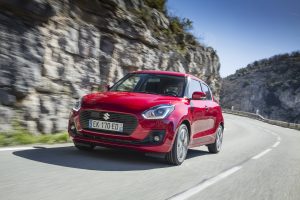 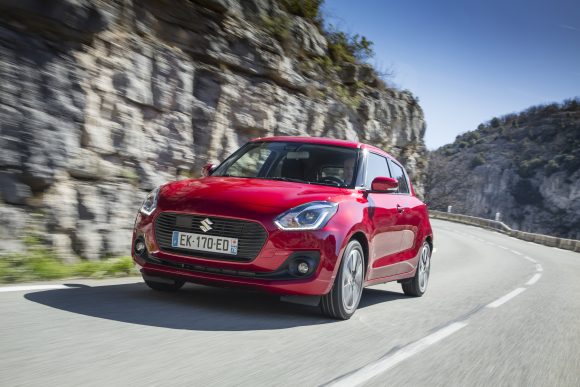 SUZUKI is aiming to break into the B-segment top 10 – which is dominated by the Ford Fiesta – with the launch of its new Swift supermini.

The Japanese firm has the likes of the Skoda Fabia and Hyundai i20 firmly in its sights, and is hoping that the new Swift will become one of the top 10 best-selling B-segment cars in the UK.

Dale Wyatt, Suzuki GB’s director of automobiles, believes the Swift’s dynamic ability will be a key selling point as far as customers are concerned.

He said: ‘I think it’s the driveability of the car. It’s got a great engine. The 1.0-litre Boosterjet engine is a really good engine. 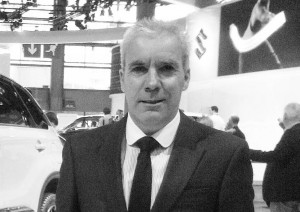 ‘The car is dynamically set up for Europe and we know the old car converted really well. So, 78 per cent of people who take a test drive in the old car go on to buy it. We think this car is more dynamic and better set up.

‘If we can get people in the car, I think they’ll enjoy the experience and be pleasantly surprised.’

In 2016, just over 11,100 Swifts were registered in Britain, making it the 18th best-selling car in its market for that year. However, this was lower than the 13,300 figure achieved for 2015, which was in part caused by Suzuki preparing itself to run out stock in anticipation of the new model’s arrival.

As far as sales for the new model are concerned, Wyatt has high hopes for the Swift, which goes on sale on June 1.

‘The BHAG, or Big Hairy Audacious Goal, is 20,000 cars. I look at the top 20 B-segment cars and I see that Fabia and Ibiza are selling 20,000 cars and, whilst I respect those cars, I think this car is at least as good as those cars.’

Pricing will play a large role in the new Swift’s success, and Suzuki is set to announce this information in late April.

MORE: All aboard the Alpine Special for this year’s Bangers4Ben