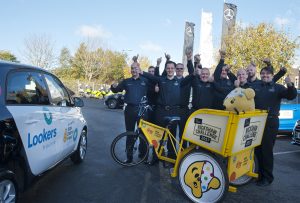 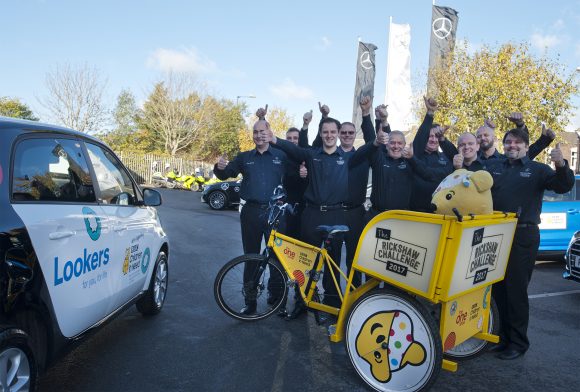 BBC CHILDREN in Need’s Team Rickshaw took a break from their 500-mile journey to Scotland to visit the Lookers Mercedes-Benz showroom in Stoke.

The team consists of six young people being supported by Children in Need projects who are taking on The One Show’s Rickshaw Challenge, which involves cycling from London to Glasgow over nine days

Lookers is helping Team Rickshaw by providing them with a fleet of support vehicles for their helpers and equipment.

On the fourth day of their trek, the team stopped at Lookers Mercedes-Benz in Stoke-on-Trent, where staff gave them food and drink, as well as the opportunity for a rest, and cleaned the support cars thoroughly.

Team Rickshaw set off from the BBC studios in London last Thursday and aim to arrive in Glasgow during the appeal show this coming Friday.

Greg Bethell, general manager of Mercedes-Benz Stoke, said: ‘It’s been a pleasure having Team Rickshaw come to visit us on their route.

‘It’s great to meet young people that have been helped by BBC Children in Need and to see them take part in the challenge to raise money for this fantastic charity.

‘They have inspired us to take part in our own rickshaw – or maybe cycle – challenge in our dealership. Watch this space!’