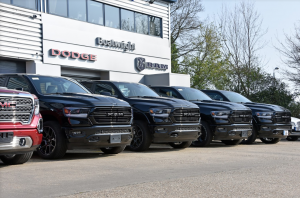 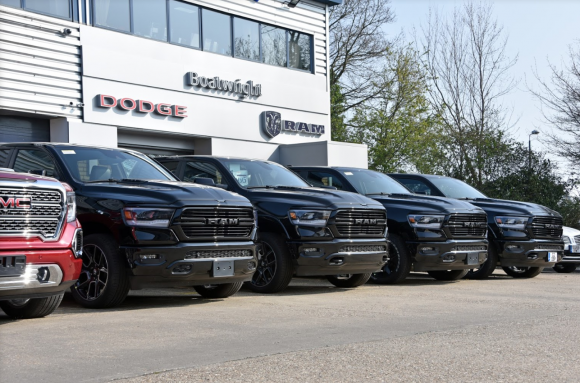 Richard Boatwright, who runs David Boatwright Partnership in Braintree, Essex, told the BBC he felt ‘helpless’ after Google refused to remove comments about his business.

Boatwright, who sells American muscle cars like the Challenger Hellcat and RAM pick-ups, provided Google with information the reviews were fake.

He said: ‘We’ve provided them with firm information that shows these reviews are completely fabricated but they’re not interested.’

Making headline news on the BBC news website, the car dealer who imports cars from America and is an official RAM dealer, was furious when he discovered the one-star reviews about his business on Google Maps.

Negative comments included allegations paintwork was ‘scratched’, cars ‘smelt of dogs’ and that the site was ‘just awful’.

A screen shot of the ‘fake’ Google reviews

The large majority of the reviews of the business are hugely positive with a 4.9 star overall rating from 27 comments.

Boatwright said: ‘They’re anonymous, behind fake names, so you don’t really know what to do. You feel helpless.

Boatwright said he didn’t think his legal action would be easy but that he would not ‘take it lying down’.

He added: ‘We’re trying to fight back but, for a small company to take on the mighty Google, it’s not going to be easy.’

A Which? expert told the BBC the search giant should do more to ‘shut down fake reviews’.

Car Dealer is still taking nominations for the Used Car Awards. Entries will close on December 2. For information about the awards click here or to nominate now click here.