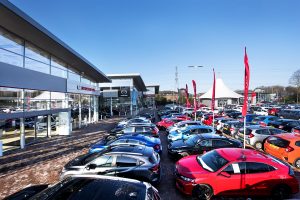 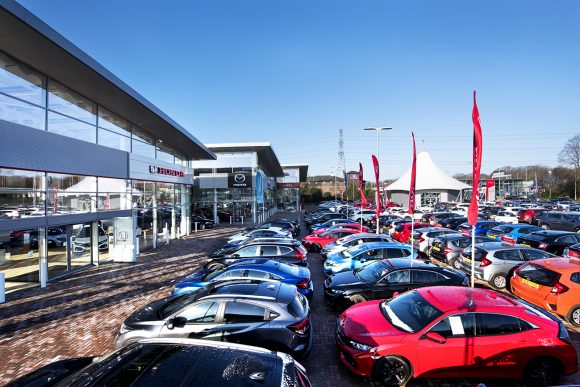 Car dealers have reported a booming first day of trading as they welcomed back customers to their showrooms.

Dealers opened their doors for the first time yesterday in 28 days after they were forced to shut by the second national lockdown.

Franchised and independent dealer bosses have told Car Dealer that forecourts were busy as customers flocked to dealerships to see cars in person once again.

Paul Hendy, boss of near-£1bn turnover group Hendy, said the first day of trading in person was ‘great’ and that the firm is now pushing to ‘pick up where we left off’.

‘After a fine performance in November, it was great to open physical showrooms again,’ he said. ‘We are pushing for a strong close and to get the momentum up as quickly as possible. Hopefully today was a sign of things to come.’

Wessex Garages boss Chris Wiseman, whose group’s interests include Nissan, Kia, Renault and Mazda in Bristol and south Wales, said he was also expecting his dealers to remain busy.

He said: ‘During the last week of lockdown we saw customers moving away from click and collect in order to physically come into the sites so this first week we are expecting it to be busy.

‘With so much bad news in the retail sector and still confusion between borders I suspect December will be quieter than normal, but I expect a bounce between Christmas and New Year and into January.’

Chorley Group sales and marketing director Adam Turner said his team finished the second lockdown at 80 per cent of November’s numbers with new cars up.

He said yesterday was a ‘good day’ with sales up on the same day last year and admitted the group is forecasting a ‘record December’.

He said: ‘It was very busy! A small example, one of our Mini sales exec’s popped his head in the door a few moments ago and said “five deals today boss, December’s going to fly!” I agree with him.

‘We have seen a busy day across all sites and service bookings in three days are higher than all week last week. There’s no doubt click and collect has a place, but more customers than not want to deal with, and buy from a person.’

Many independent dealers have seen similar demand as customers return to showrooms.

Alex Jones, of car supermarket Carbase, said it ‘felt good’ to welcome customers back to the showrooms. The group has dealerships operating in both Tier 2 and 3 regions.

He told Car Dealer: ‘I was interested to see if there were differences in demand between the showrooms operating in different tiers, but I am really pleased to see stores in both tiers had a good day today.

‘Showroom footfall is unsurprisingly lower than normal, but this has been balanced by an increase in digital conversion.’

Jones said that there wasn’t the same rush of customers as they had when they reopened in June as he thinks customers are taking time to get used to what they can and can’t do under the tiers.

He said: ‘It’s a great feeling to be having face-to-face conversations in the showroom about buying cars and actually being able to show customers cars instead of trying to sell them simply by telephone or video.

‘I had a good level of enquiries and sales today, which is a pleasing start – no big queues, which I wasn’t expecting anyway as we have to remember it is December.’

Ashley Winston, who runs Palmdale Motors, a car finding service, said his team called 30 dealers yesterday and struggled to get hold of people suggesting it was very busy.

He said: ‘How will December be? Difficult to tell. Obviously there is pent up demand, but I’m unsure how much will translate into sales. Gut feeling is December will be OK but nothing more.’

In the luxury car market, dealers reported ‘manic’ first days back at work.

Romans International boss Tom Jaconelli​ said his team were rushed off their feet, while Tom Hartley told Car Dealer he had been ‘fantastically busy’.

Jaconelli said: ‘We sold six cars today – our average is normally around one a day and the phones haven’t stopped.

‘Some big cars too – we sold a £300K Mercedes SLS GT Final Edition, a £400K Aston Martin Zagato as well as some more run of the mill stuff.’

Jaconelli​ said he thinks there’s a lot of pent up demand out there and that there was ‘clearly customers waiting for showrooms to reopen’.

He added: ‘We are expecting a very busy run up to Christmas, especially with less people going away this year and hopefully this will carry on into the new year.’