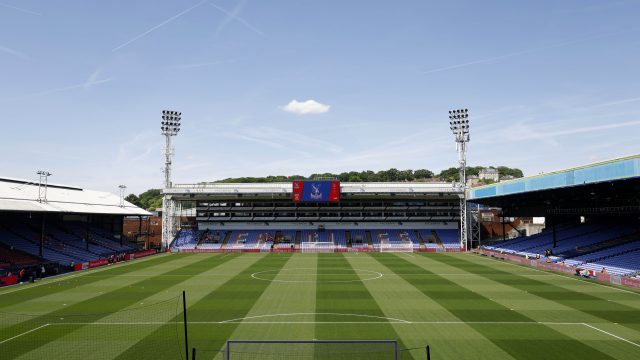 Online retailer Cinch has ramped up its competition with rival Cazoo after announcing a new deal to become the main shirt sponsor of Crystal Palace FC.

The digital disruptor has signed a ‘multi-year contract’ with the South London club, which joins its extensive list of sporting partners.

The brand already sponsors the likes of the Scottish Premier Football League, Northampton Saints and the NFL London Games.

It will also have visible branding around the club’s Selhurst Park stadium and on its digital channels, as well as on all replica shirts.

Avril Palmer-Baunack, chairman of Constellation Automotive Group, which owns Cinch, said: ‘We are delighted to be joining Crystal Palace as front of shirt sponsor. Cinch is an ambitious brand that has achieved a lot in a short space of time and this new partnership will further support our expansion in the UK car market.

‘We look forward to working with the teams, fans and local community and have high hopes for the club next season on absolutely cinching it!’

The move comes after Cinch’s main rivals, Cazoo, announced a deal to sponsor Bologna FC earlier in the week.

Despite, concerns over profitability, the firm also sponsors the likes of World Snooker, the Professional Darts Corporation and the Welsh Rugby Union.

They also reached the semi finals of the FA cup before falling to a 2-0 defeat against eventual runners-up Chelsea.

Barry Webber, commercial director at Crystal Palace, said:’Cinch is a well-established, family friendly and instantly recognisable brand across the UK and beyond, and this landmark partnership is yet another statement of progress at the club, both on and off the field.

‘This is an incredibly exciting time for our partnership to begin, as we enter our tenth successive season in the Premier League with a squad packed full of international talent, whilst cinch continues its impressive expansion and innovation in the car market. We look forward to helping each other secure our respective ambitions.’