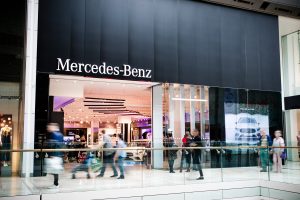 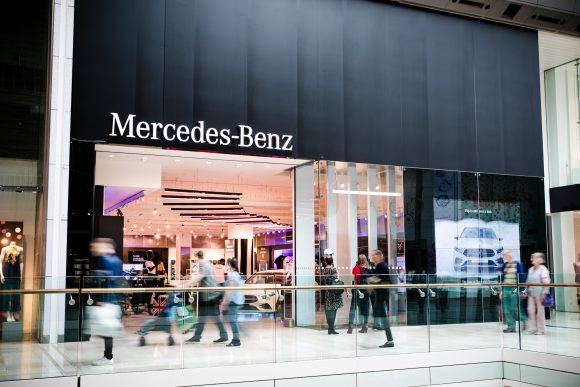 MERCEDES-BENZ has opened a pop-up store at Westfield shopping centre in London.

The temporary store, which will be at the White City mall until July 4, features some of the most popular Mercedes-Benz models, letting customers experience the cars up close and find out more about the rest of the range. They can also arrange test drives.

The new Mercedes-Benz A-Class will be on display for the first time in a UK shopping centre, and the shop launched with an Approved Used C-Class Cabriolet and smart fortwo cabrio, with a revved-up Mercedes-AMG takeover happening in mid-June.

The pop-up store, which is a joint project between Mercedes-Benz Cars UK and Mercedes-Benz Retail Group, is open Monday to Saturday from 10am to 10pm and on Sundays from 12pm to 6pm.

Mercedes-Benz says more than one million people have visited its pop-up shops since the first one opened in October 2015.

On WorkshopMagazine.co.uk: ‘All for one and one for all’ as Mercedes-Benz team win award for going the extra mile