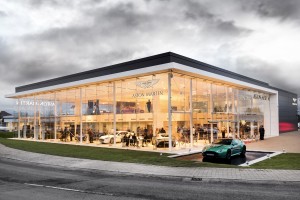 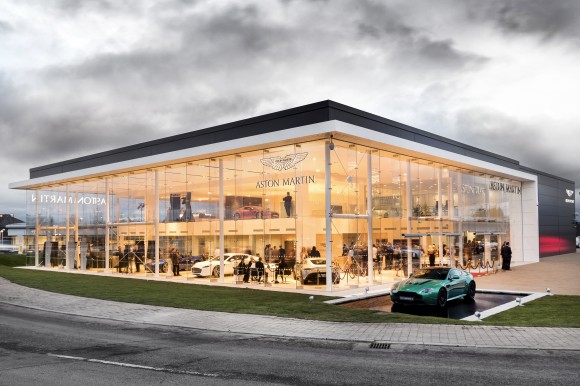 ASTON Martin has opened a new dealership in Newcastle – the first with partner Stoneacre Motor Group. 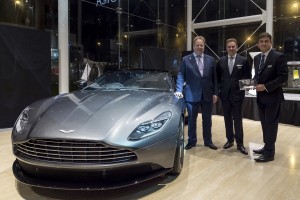 The purpose-built state-of-the-art facility features a 14-car luxurious showroom for new and pre-owned Aston Martin sports cars, a separate ‘Q by Aston Martin’ lounge where customers can tailor their new car specification, a dedicated aftersales team and a workshop staffed by Gaydon-trained technicians.

Located in a prime position at Silverlink, which is easily accessible from the A19 and A1, the showroom opening was attended by invited guests and key members of the Aston Martin senior executive team.

Dr Andy Palmer, Aston Martin CEO, said: ‘I am delighted to open this outstanding new facility here in Newcastle, which sets the benchmark for all dealership showrooms worldwide. We have found the right partner in Stoneacre who share our passion for Aston Martin.

‘We are confident the passionate and dedicated Aston Martin Newcastle team will draw upon their extensive experience and knowledge of the Aston Martin brand to provide our valued customers in Newcastle an exceptional service.’

Shaun Foweather, MD of Stoneacre, added: ‘It was great to see over 200 Aston Martin owners and enthusiasts this evening, which shows the extensive level of interest in this fantastic iconic 103 year old marque. It was an honor to also be able to unveil the new DB11 for the first time in the UK on such a special night.’

Attendees were treated to the first public unveiling in the UK of the new DB11 – the first product launched under the company’s ‘Second Century’ plan. Also included in the display was Aston Martin Racing endurance veteran, the #99 V8 Vantage GTE, an Aston Martin Vulcan and a Lagonda Taraf, alongside examples from the company’s current line-up, and a selection of heritage models.