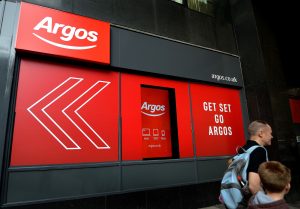 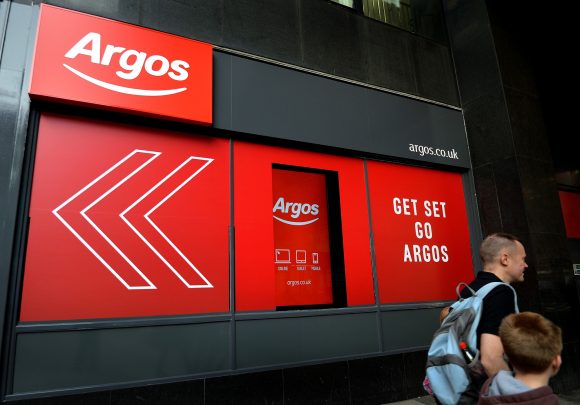 UK households are far more likely to have experienced a severe income shock during the Covid-19 crisis than their French and German counterparts, according to a think tank.

The Resolution Foundation, which published the research, said households in the UK were also more likely to have taken on additional debt in response.

The After Shocks report, supported by JPMorgan Chase, found that among households in which at least one person had lost their job, 41 per cent of UK households had suffered a severe income fall of at least a quarter – more than twice the level in France (20 per cent) and significantly higher than in Germany (28 per cent).

Hundreds of Argos jobs ‘at risk’

Argos is set to close its Somerset distribution site.

The Unite union has warned that the move will put ‘230 jobs at risk’ at the retailer’s Bridgwater warehouse and has said it is ‘committed to fight to save as many jobs as possible’ after the site was earmarked for closure next year.

Argos owner Sainsbury’s has confirmed that the depot is one site set to be affected as part of plans to integrate the logistics networks for the two brands.

Misleading ads on Google are directing consumers to expensive claims firms or premium-rate numbers when they try to make an insurance claim, a watchdog has warned.

Claims management companies and premium-rate call connecting services are competing for their adverts to appear above insurers’ own websites, Which? said, leading to customers mistakenly using them at significant expense – with a 30-minute call costing £112.50 on Sky, £124.50 on Three and £127.50 on Vodafone.

It analysed results for the terms people most commonly use when searching for their car insurer’s phone number on Google, which is the default search engine on Android phones and Apple iPhones.

More than a third (37 per cent) of people close to retirement have accelerated their plans because of the pandemic, a report has found.

Lockdowns, health worries due to the pandemic and job uncertainty were the three main reasons for speeding up retirement, Standard Life Aberdeen found.

Of the 2,000 UK adults polled who were either due to retire in the next 12 months or had retired in the past 12 months, 27 per cent also planned to work part-time to help financially, while 21 per cent were looking to sell their home or downsize to fund retirement. 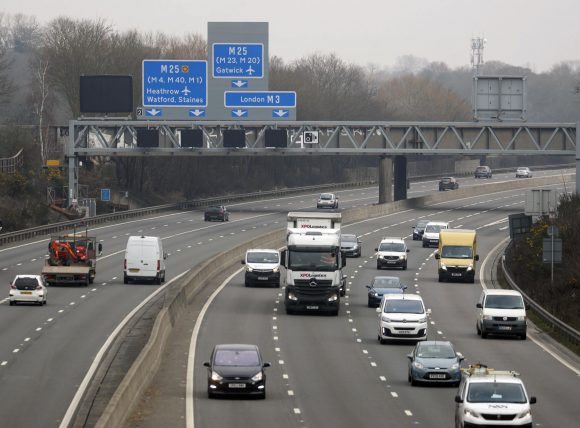 The government has confirmed that no more ‘All Lane Running’ motorways will be opened without radar camera technology that can detect stopped and broken-down vehicles.

The news comes as a result of a report into boosting safety on smart motorways amid concerns that they are more dangerous than standard motorways.

Critics point to the fact that these motorways don’t have hard shoulders, giving broken-down motorists no safe haven. Some areas of smart motorway aren’t fully covered by cameras either, although there are regular designated lay-bys in which broken-down vehicles can stop.

English clubs back out of Super League

Six English football clubs are to pull out of controversial plans to launch a new European Super League after widespread outrage and the prime minister’s threats of legislative action.

Manchester City were the first to confirm their departure from the proposed competition, amid reports Chelsea were also planning to back out last night (Apr 20).

‘Proud to be British’ because of NHS staff

Two-thirds of people say the hard work of NHS staff during the Covid pandemic makes them proud to be British.

A new poll for NHS Charities Together, for which the late Captain Sir Tom Moore raised almost £33m, found that 86 per cent of the general public agree that NHS staff have been ‘there for us’ during the pandemic.

The YouGov survey of more than 2,000 people also found 63 per cent said they respect NHS healthcare workers while 28 per cent would consider a role in the NHS if they were starting their career again.

The former children’s commissioner for England has launched a legal claim against TikTok over allegations the social media platform has illegally collected personal data from millions of children.

Anne Longfield has brought the claim on behalf of as many as 3.5 million children in the UK aged under 13 who she says may have had their data illegally collected since May 2018 – when the General Data Protection Regulation (GDPR) was introduced.

The claim calls for compensation for the millions of potentially affected children, which it said could run into billions of pounds.

Smartphone makers could be forced to say for how long handsets will be guaranteed to receive important security updates under new laws proposed by the government.

The move is part of wider plans to make sure ‘virtually all’ smart devices meet tighter security requirements, including smart speakers and video doorbells.

Easy-to-guess universal default passwords such as ‘password’ and ‘admin’ would also be banned.

Stories on Car Dealer yesterday that you may have missed

It’ll be fine and sunny today for a lot of Scotland and northern England but a bit chilly on the eastern coastline, says the BBC. The south will be cloudier, experiencing patchy rain, although it’ll be clearer later. Northern Ireland will see patchy cloud.

The skies will be clear for a lot of the UK tonight, meaning the possibility of some frost. The Northern Isles will have showers, while coastal areas in the south-east will have patchy cloud.

Most of the UK will be dry and fine on Thursday, with little cloud except in the north of Scotland as well as the Northern Isles. Meanwhile, the south-west will find things a bit breezy and cool.