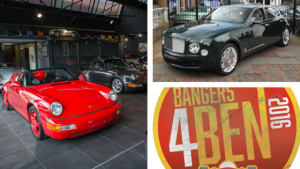 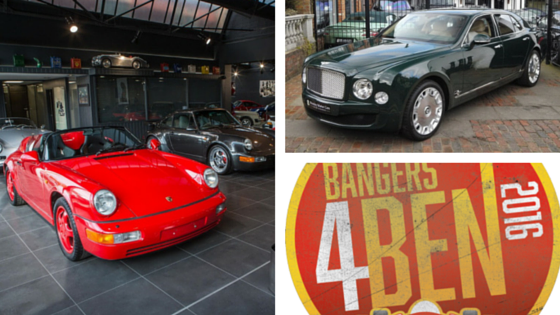 In this week’s edition, we take a look at Hexagon’s new flagship store, Mazda has opened its new, in-house customer relations centre and Lexus has appointed a new director to the Lexus Division.

Click play on the video below to watch the show. If you want to find out more about any of the stories you can follow the links below.

New director appointed to Lexus Division
Toyota GB has announced the appointment of Ewan Shepherd as the new director of the Lexus Division. He moves to the role from his position as Toyota GB sales director, a post he has held since 2013 and led Toyota to three consecutive years of growth.

Dashcam catches mechanic speeding in customer car
David Argust left his E300 with an official Mercedes dealership in Bristol. However, when he returned to collect the car he looked at the dashcam and found a mechanic had been taking it on high speed runs – breaking the speed limit nine times.

Franchising pumps £15.1bn into domestic economy in 2015
A report commissioned by the British Franchise Association in partnership with NatWest has been hailed by the NFDA. It revealed that franchising pumped £15.1 billion into the domestic economy last year – a rise in turnover of 10.2 per cent since 2013, when the last survey took place.

Porsche ends up in the water after mechanics mistake
A 911 GT3 RS ended up partially submerged in the canal outside the Porsche Centre Amsterdam after a mechanic made a mistake moving the car. It had just been given new decals when it rolled off a ramp and straight into the water. A worker at the dealership told the AT5 website that ‘It was a blessing in disguise that the car landed on a slope and therefore did not completely disappear under water.’

Queen’s Bentley goes on sale
Want to own a very regal set of wheels? The Queen’s Bentley Mulsanne limousine has gone on sale for just under £200,000. This rolling piece of history is being offered for sale by a dealership in Bramley and was reserved for exclusive use by the monarch from 2012 to 2014.

Tesla Model 3 is unveiled
There’s a new electric car preparing to hit the market – the Tesla Model 3. It’s the lowest-priced car from the manufacturer so far, costing from £24,423 but still having a 215-mile range.

Diesel dip was just a blip
Diesel vehicles have bounced back from the emissions scandal, that’s according to new figures. Venson Automotive Solutions says that towards the end of last year 80 per cent of the vehicles it sent to market were diesel, proving that demand is still strong in the ex-fleet arena.

Bangers4Ben route announced
And Bangers4Ben is back! After intense planning at Car Dealer Towers for the banger rally event, we’re excited to reveal the details for this year’s route, which is going to be a full on Ferrari-thon!

For more information on Trade Plates TV head to tradeplates.tv.